Being Pro-Voter is Not Partisan: 2010 Results Underscore how Republicans should not Fear Same-Day Voter Registration 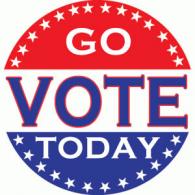 Upholding fair voter access and protecting voting rights should not be a partisan issue. In our decentralized system however, some states do a better job at protecting these rights than others. Take for instance the issue of Same Day Voter Registration (SDR). SDR is a sensible means to uphold voter access, yet all too often has been inaccurately portrayed as designed to help Democrats defeat Republicans.

As recently described in our Constitutional Right to Vote blog, SDR is the process by which  eligible voters can arrive at their polling place, register, and vote that same day. Just as with every voter registering before Election Day, SDR participants need to have their eligibility confirmed. Confirmation is done in much the same way it is for other methods of voting registration; voters are required to provide proof of residence in the precinct via a utility bill, or other form stating the person’s address and name. SDR has the added security of this process being performed in person by the voter seeking registration, and not via photocopies in the mail. This is a double-layer of protection against any possible fraud.

Election Day Registration is a form of SDR, with the only difference being that some SDR states (North Carolina and Vermont) allow voters to register and vote on the same day only during early voting, while EDR typically means it can be done on the final Election Day.

Nearly every state along our northern border – from firmly Democratic-leaning Vermont to strongly Republican-leaning Idaho – uses SDR. Evidence suggests it contributes to significantly higher turnout in elections. In 2008 alone, the number of SDR ballots across the country was greater than the entire population of Rhode Island: more than one million votes. SDR states are routinely among the states with the highest percentage of voter turnout in the county.

SDR contributes to higher turnout because it is pro-voter. With SDR, people who find themselves left off registration rosters still have an outlet to vote in that election that is secure and reliable. Being pro-voter is, obviously, not partisan. Additionally, SDR protects our right to vote because it’s all too easy for voter registration errors and inadvertent mistakes by voters (like having the temerity to change residences close to Election Day or to not have been registered vote when first reaching voting age), to block access to an election. With SDR, such issues are significantly less costly to overall voter turnout, and happen with far less frequency.

This year’s elections underscore how facilitating access to voting is not a partisan issue. SDR gives a boost to whichever candidates, and parties, have sparked the most voter energy, which in turn is fundamental to maintaining a representative democracy based in the “consent of the governed.” Such energy in general may have been on the side of Democrats in 2006 and 2008, but in 2010 it generally favored Republicans.

Those who feel that SDR can only help Democrats should consider what happened in SDR states in 2010. The nine states using SDR were: Idaho, Iowa, Maine, Minnesota, Montana, New Hampshire, North Carolina, Wisconsin, and Wyoming (Connecticut has SDR only during presidential elections, and Washington DC now uses it for its elections.)

Going into the election, Democrats controlled both houses of the legislature in seven of these states (Iowa, Maine, Minnesota, New Hampshire, North Carolina, and Wisconsin) and one chamber in Montana – 15 out of 18 in all, including several by large margins. Democrats lost control of 12 of these 15 chambers during the 2010 election, leaving them only in control of Vermont’s two chambers and the Iowa state senate. To put that in perspective, the Republicans only gained at most eight (depending on results in the still-undecided New York state senate) chambers in the remaining 41 states.

Governor’s races had a similar pattern. Democrats narrowly held onto New Hampshire’s governor’s mansion and were elected in Minnesota and Vermont, but Republicans took control in Iowa, Maine, Wisconsin and Wyoming and maintained control of Idaho. Wisconsin also was one of two states in the country where a Democratic incumbent in the U.S. Senate was defeated.

Was SDR the only reason Republicans succeeded? Of course not, Republicans found success in non-SDR states as well.  But the key point is that Republicans have nothing to fear from SDR voters, despite at least some Republicans seeming concerned that SDR implementation is particularly helpful to those who are young and/or move more frequently, including college students and low-income minorities, who are often more likely to vote for Democrats. Yet, with nearly one-third of eligible voters not registered to vote at any time, there are plenty of  conservative-leaning eligible voters who can gain access due to SDR.

That’s fundamentally what SDR does: it protects fair access to the ballot. SDR allows eligible voters to participate, even if they become  interested in the final days of an election after registration deadlines have passed. It’s a certainty that at least some Republican voters in 2010, perhaps newly inspired by the Tea Party, decided to participate in SDR states close to the election time without having been registered to vote by the traditional voter registration deadlines.

Using available technology and statewide voter registration databases, SDR can be implemented efficiently and well. Although some say voter registration deadlines are required for the security of an election, studies have shown there is little to no correlation between the arbitrary date chosen to end voter registration and the ability of the state to run a smooth election. In Maine, as with many other states, there has never been a single prosecution of fraudulent SDR voting despite its use for several decades.

Elected officials on both sides of the political spectrum  back SDR, which helps to explain the range of states who currently use the method. In 2007, for example, Secretaries of State Ysursa (a Republican from Idaho) and Matt Dunlap (a Democrat from Maine) coauthored a New York Times commentary in support of SDR, claiming it “is a policy that is good for voters, regardless of party, and good for our democracy.”
They’re right. In 2008, SDR may have boosted Barack Obama, but that’s because his candidacy mobilized many Americans. In 2010, SDR seems to have boosted Republicans. But wherever it's in place, it helps voters.

Turning to the future, more than thirty non-SDR states have some form of SDR legislation  in the works. This leaves eleven states (Virginia, Rhode Island, North Dakota, Louisiana, Kentucky, Kansas, Alabama, Arkansas, Delaware, Florida and Nevada) as the only states that did not consider SDR legislation in their recent legislative sessions. As more states implement SDR, we will be all the more ready for what should become a national standard: one ideally grounded in the Constitution, HJR 28– the Constitutional Right to Vote legislation would in fact make its use a requirement.

Bottom-line: being pro-voter is good for representative democracy. And that’s good for all of us.