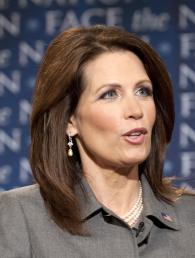 Earlier this morning, Congresswoman Michele Bachman announced that she will not seek reelection to her House seat in 2014. A candidate for the Republican nomination for president in 2012, including an early surge to be a frontrunner in the summer of 2011, Bachmann has been a controversial figure and a symbol of the Tea Party movement. Despite her contentious rhetoric and potential ethics violations during her presidential run, Bachmann narrowly defeated her opponent in the 2012 election by about 3,000 votes to clinch her 4th term in Congress. While we'll refrain from speculating on the rationale for her decision to step down, the writing on the wall seems to indicate that Bachmann would have been in for another tough battle in 2014.

Although her retirement from Congress may be perceived as a positive by many of her political opponents, we expect Republicans to actually benefit as a result of her departure. Our data indicate that Bachmann's district is the most heavily Republican in the state of Minnesota, with a partisan advantage of more than 18 points for a 'typical' GOP candidate. In other words, if Bachmann had received the average additional votes an incumbent should get – what we call the ‘incumbency bump’ – she would have won by more than a 20% landslide in 2012. But Bachmann is an exceptionally weak candidate - the single worst-performing Republican in the 2012 election, according to FairVote's "candidate influence" index. Because of her small margin of victory in 2012, FairVote was not projecting Bachmann's MN-6 district for Republicans in our Monopoly Politics 2014 report. In light of this morning's announcement, however, Minnesota's 6th district now changes from a 'no projection' to a 'safe Republican' seat based solely on the probability that the candidate replacing Bachmann is likely to be more electable. In fact, Democrats haven’t won such a strongly Republican seat since the general election in 2008. Bachmann’s district, with a 59% Republican partisanship, is five points higher than the most Republican seat won by a non-incumbent Democrat in 2012 (Florida’s 18th district, won by Democrat Patrick Murphy in 2012).

This scenario underscores many of the flaws of the winner-take-all districting system utilized for US House elections. It is nearly impossible for a candidate to be weak enough to seriously jeopardize a safe seat for their party, as we saw in the in the recent special election in South Carolina in which scandal-ridden Mark Sanford managed to coast to a nine-point victory in a highly partisan district. Even when an exceptionally weak candidate like Bachmann temporarily makes a safe district competitive, that competitiveness lasts only as long as that incumbent keeps running.

This inability to hold candidates accountable can be attributed to the lack of choice perpetuated by a single-member-district style of elections in which voters are limited to just two candidates, even if both are perceived as unacceptable. To combat these systematic deficiencies, FairVote has created a revised system of electing members to US Congress that utilizes larger 'super districts' via fairer voting methods that increase voter choice and make every race in the country competitive. Here’s a sample map of what Minnesota’s districts would look like under our revised system; we have similar ones for the entire US at: http://www.fairvoting.us.