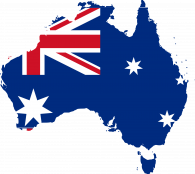 Just three weeks after becoming Australia’s first female prime minister, Julia Gillard announced national elections would be held on August 21, 2010. Rather than establish her legitimacy in the Prime Minister role, Gillard hopes to capitalize on early positive election polls. According to the poll on The Australian taken July 25, the vote would be distributed: Liberal-National Coalition 42%, Australian Labor Party 40%, and Australian Greens 12%. But after pollsters’ factor in the preferences for backers of minor parties that play a big role in Australia’s voting methods—instant runoff voting in its House of Representatives and the choice voting form of proportional representation in its senate elections, Gillard’s Labor Party is ahead by 4% of the vote over the Coalition.

FairVote takes a special interest in Australian elections because they have relied on instant runoff voting or Australia’s term, preferential voting for nearly a century and have been extremely successful in encouraging and accommodating increased voter choice. So, to help you follow the Australian Election, here is some background on Australia’s electoral system.

There is no fixed term. The Prime Minister holds the power to dissolve Parliament and hold new elections, as long as the date falls within their three-year term. The Prime Minister is not directly elected from the people, but is the Leader of the Party who gains the most seats in the House of Representatives. All 150 seats in the House of Representatives are up for re-election and seats are won through preferential voting. While the House is the more powerful chamber, half of the Senate’s seats are also up for re-election by means of proportional representation—with a form of choice voting that operates more like a traditional party list voting systems used in most of Europe. Turnout is high, in the range of 95 percent of eligible voters, due in large part to Australia’s compulsory voting for everyone 18 and over.

With Australia’s form of IRV, voters are required to rank all candidates from first to last. Australians vote for their preferred candidate and then indicate the rest in order they would like to see them elected—meaning you can give your favorite candidate the very best chance to win, bus also make it hard as possible for your least favorite candidate to win.

First choices are tallied on election night. If no one receives a majority of votes in the first round, the ballot count simulates a serious of runoff elections, with the last place candidate eliminated after each round of counting. So in the second count, the candidate with the fewest first choice is eliminated. Supporters of that candidate then have their ballot count for their second ranked candidate. The elimination and distribution process in each round continues until a candidate garners at least a 50%+1 vote majority.

Regardless of the number of candidates running for an office, IRV ensures the winner earns a majority vote, unlike in plurality systems as used in most American and British elections. In plurality voting, whenever there are more than two candidates, vote-splitting can occur among like-minded candidates that can result in selecting a victor who would have lost to his or her top opponent if matched against them in a runoff.

Preferential voting was introduced in Australia during the Hughes government in 1918 to solve the “spoiler” problem created by the rise of the Country Party. Prime Minister Hughes feared the Country Party, a right-center group, would steal votes from his conservative party, giving the election to the Labor Party. While preferential voting achieved the intended electoral impact in the initial elections, the party it has helped over the years has changed depending on where is most third party energy. Bottom-line, it has allowed Australians to have real choices without worrying about the “spoiler” effect.

FairVote’s study of the 2007 election found that the Labor Party came out victorious with the help of Greens’ 7.79% of voters, whose 2nd-place votes were distributed to the Labor Party, and hence was able to surpass the 50%+1 majority barrier with 52.7% of the overall vote over the Liberal’s 47.3%. Under a plurality system such as first past the post, Labor would only have 44% and vote-splitting among the Labor, Greens, and other smaller parties would give the control of government to the Liberal Party with only a minority of the vote. The original intention behind Australia’s preferential voting to prevent the “spoiler” effect prevails.

Every House race had at least four candidates, and the average number of candidates was seven—yet every race was still won with a majority of the vote in the final instant runoff. The number of candidates who depended on preferences to win was 76 – more than half of the 150 winners. This means that they did not win in the first around, being unable to obtain a majority of first-choice rankings. They won through additional rounds of ballot counting, getting votes from ballots that ranked them second, third, and so on during the elimination and redistribution process in each round and were the first candidate to get a majority. According to Antony Green’s table indicating the impact of preferences in the past elections, the number of electorates where preferences were required to determine a winner has increased significantly and has gone high up as 98 in 1998. This is mainly due to the increased voting for minority parties. IRV creates far more competitive seats as more candidates have to rely on preferences due to voters being allowed to indicate their choices among parties.

Here are a few points about how IRV works in practice: