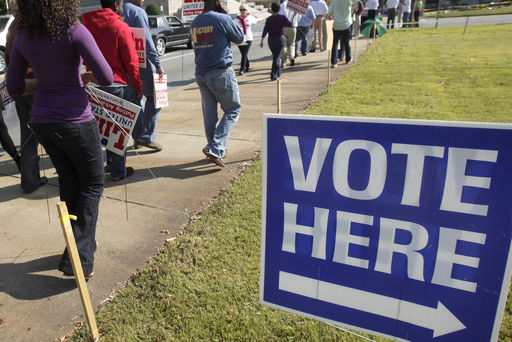 Arkansas’ new voter ID law, which would have required voters to show photo ID in order to vote, was struck down last week by Pulaski County Circuit Judge Tim Fox. In his decision, Fox cited the Arkansas Constitution’s guarantee of “free exercise of the right of suffrage”. He argued that by requiring voters to show photo identification that right is impaired, rendering the law unconstitutional.

The Arkansas Attorney General has agreed to appeal the ruling on behalf of the State Board of Election Commissioners. The Board and the state Republican Party have also asked the Arkansas Supreme Court to stay the ruling to allow the law to remain in place for the May primary election. They argue that the law is intended to reduce voter fraud, and that the upcoming election could not be fairly conducted without it.

Everyone has a right to vote in fair and free elections, and in an ideal world voters would all be provided with photo identification to use at the polls. But in reality, many groups of voters are less likely to possess photo ID and will therefore have limited ability to participate in our democracy under a voter ID law.

The debate over voter ID laws reflects a broader issue: the lack of an explicit right to vote in the U.S. Constitution means that each state has its own interpretation of who should have suffrage. State authority over voting makes it difficult for voters to know their rights, and provides many opportunities for voters to be disenfranchised, whether intentionally or not.

FairVote advocates for the amendment of the U.S. Constitution to include an explicit right to vote for all. A right to vote amendment would prevent individual voters from being disenfranchised by restrictive laws, and establish a universal standard to which state voting laws could be held. Amending the Constitution would further reaffirm that voting is a right, not a privilege, and reduce confusion by creating consistency between federal, state, and local levels when it comes to voting.

To learn more about how FairVote is working to expand suffrage and protect voter access, visit our Promote Our Vote website.