And the winner is...Ranked Choice Voting 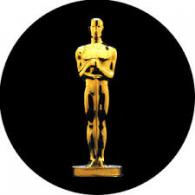 It’s that time of year again! In just nine days this year’s Oscar nominees will be announced by The Academy of Motion Picture Arts and Sciences. Ballots were mailed out for nominations in late December, 2014.

The nominees for every major category are chosen by ranked choice voting. Because multiple nominees are chosen for each category, multi-seat ranked choice voting - a form of fair representation voting - is used to select nominees. Fair representation voting ensures that more voters will be able to elect a candidate they prefer. In the context of the Oscars, it means that voters with widely varying preferences will be able to see at least one of their favorite films get a key nomination.

In 2009 The Academy decided to increase the maximum number of nominees for Best Picture from 5 to 10. Increasing the number of nominees posed a challenge in ensuring the ultimate winner accurately represented the views of the voters. If only a plurality of votes were required to win Best Picture, a film could win one of the most distinguished awards in the film industry with just over 10% of the vote, leaving this coveted award at risk of strategic voting or an unrepresentative winner. To ensure that the winner was elected with consensus support, The Academy decided to use ranked choice voting to determine the winner for Best Picture.

Ranked choice voting is similar to a runoff system, but even better. Voters rank candidates in order of preference. When votes are counted, candidates are eliminated one by one starting with the candidate with the fewest first choice rankings, and the eliminated candidates’ votes then get added to the totals of the next choice on each ballot. The process continues until one nominee has over half of the votes. Once a candidate has a majority of the active votes they are declared the winner. 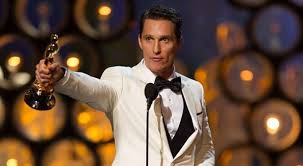 The process used by the Academy to choose Best Picture use this model to ensure that a film with more consensus support actually wins the award. Ranked choice voting makes the Oscars more fair and competitive. A movie with strong support from just a few voters will not defeat a movie that has a broader base of support among the entire academy. That’s why ranked choice voting continues to be promoted for elections more generally, including being  recommended by Roberts Rules of Order.

To learn more about how ranked choice voting is used at the Academy Awards go to FairVote's Oscar Votes 123 blog.