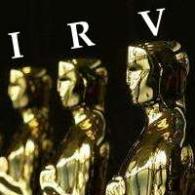 The Academy of Motion Picture Arts and Sciences has a long history of using innovative voting methods to nominate and select the winners of its annual Academy Awards. This week it announced changes in the way nominations for the sought-after Best Picture award will be determined and confirmed that it will keep ranked choice voting (RCV, or "instant runoff voting) for the final vote for Best Picture..

The organization announced Tuesday that, beginning next year, movies will be nominated for Best Picture using a modified form of the choice voting form of proportional voting used for nominations in nearly all other categories. The new rules will always result in at least five nominated movies and as many as ten, but not a fixed number. The Academy has long used choice voting  to select nominees and adopted instant runoff voting to select the Best Picture winner in 2009.

Best Picture nominees will be chosen according to the following process -- a more complicated one than traditional choice voting, but still making it likely that the final set of nominees will reflect a full diversity of perspectives among Academy voters.

As veteran entertainment journalist Steve Pond details in his highly recommended detailed discussion of the potential impact of the new rules at The Wrap, this process will result in fewer votes actually counting for nominated movies in the final round, but will also increase the value of a movie having enthusiastic support. Very few motion pictures will be nominated that don't have close to 5% of first choices, unlike under the old rules. At the same time, it's also possible that a Best Picture nomination will go to a more iconoclastic movie that has enough strong adherents to secure 5% first choice support, but is not widely enough known or appreciated to have been able to secure 9.1% of the vote under the old rules.

The rule changes will only affect nominations for Best Picture. As in previous years, choice voting will be used to select nominees in nearly all other categories, and ranked choice voting will be used to select the ultimate winner of the Best Picture award. In another notable development, the Academy also indicated that it will soon be shifting to an electronic voting system in lieu of paper ballots, possibly as early as next year.

For FairVote's coverage of last year's Academy Awards nomination and selection process, including an authentic instant runoff voting poll that accurately predicted the Best Picture winner, see OscarVotes123.com. For more information on the election systems used by the Academy, visit:
Return to Top