A Push for Open General Elections in Nevada: Top Three with IRV 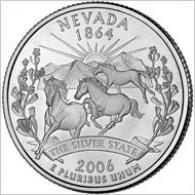 A nascent movement for inclusive electoral reform has been steadily growing in Nevada, and it deserves more attention and support.

Making primary elections more inclusive is a laudable goal, but an unavoidable fact about electing public officers is that many more voters will vote in the general election than in a nominating or winnowing primary election. The primary election may be critical – or even decisive – as to who will be elected, and still fewer voters will participate in it than in the general election, which takes place on capital-E Election Day and may be consolidated with elections for offices like President or Governor.

A simple alternative, like the “Top Three” system being proposed in Nevada, could keep the Top Two preliminary but advance more than two candidates to the general election. This more open and diverse general election would be conducted by ranked choice voting, ensuring that the increased number of candidates would not result in outcries over “spoiler” candidates. FairVote has analyzed such arrangements and proposed the Top Four system as the best alternative.

We have simulated Top Four using election results from Washington and California. Those simulations demonstrate that almost every election would include meaningful competition both between political parties, among candidates from the same political party and with more Independents and third party candidates. As an example, consider this chart, taken from a FairVote presentation on ranked choice voting, tracking Washington congressional and statewide races over three election cycles from 2008 to 2012:

The Nevada Election Modernization and Reform Act (NEMRA) attempts to achieve many of these same objectives, though it takes a more incremental approach. Under NEMRA, the top three candidates would advance to the general election, which would then be conducted by ranked choice voting. Although advancing three instead of four will keep serious candidates from major and minor parties off the general election ballot, we certainly appreciate the rethinking of top two to include a multi-candidate general election conducted by ranked choice voting.

One issue related to Nevada election law does concern us. NEMRA does not address a problematic provision currently in Nevada law that allows candidates to win outright in the primary and never face general election voters. We would prefer that voters in the higher turnout general election always have a chance to weigh in on the candidates. One compromise position that NEMRA might want to consider is the Louisiana system, where all candidates run on the high turnout general election ballot, and the election is won if any candidate earns more than half the votes. If not, the top three could go to the December ballot for a runoff with ranked choice voting. This would ensure that Nevadans’ representation is never decided through the sometimes paltry turnout of a primary election.

Another important aspect of FairVote’s Top Four proposal is the protection of the association rights of political parties. Under Top Two as implemented in Washington and California, the elections appear to be partisan, in that political party labels appear by the name of each candidate. However, the parties themselves have no say in who can carry their banners. We recommend replacing the candidate-chosen label (or supplementing it) with ballot labels that allow candidates to indicate if they have actually been endorsed by one or more political parties in the state. The Top Two primary proposal on Oregon’s ballot has this feature, which we applaud. The NEMRA proposal currently retains Washington’s “preferred party” ballot label, though Douglas Goodman, the originator of the proposal, has indicated that he would be open to including party endorsements if the Nevada state legislature prefers that approach.

Like the Colorado Top Four plan we mentioned back in May, NEMRA represents a real step forward in how reformers think about primary election reform. It acknowledges that the defects of the primary election must be reformed in a way that incorporates the whole election, and does not treat open primaries as a panacea. General elections matter. It is encouraging to see activists in Nevada following Colorado in considering a proposal that will make the entire election open and inclusive.

To learn more about the Nevada Election Modernization and Reform Act, follow the movement on Blogspot and Twitter.