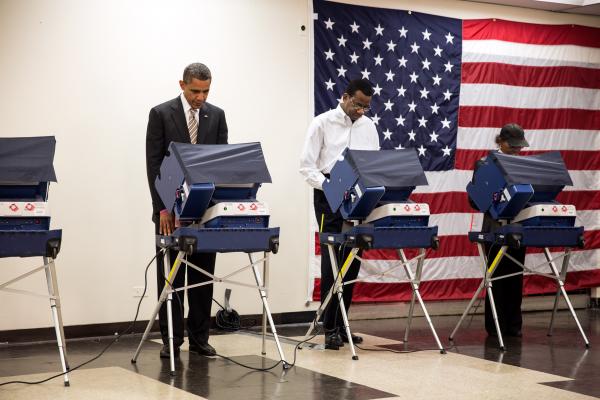 A week after the 2014 midterm elections, most of our attention is focused on what the newly elected leaders will bring. Bigger storms may be brewing. As I wrote in Roll Call on November 7th, and as reported in such outlets as the Washington Post, MSNBC and Vox, rumor has it that state legislators in Pennsylvania and Michigan may consider changes to the way their states allocate electoral votes in presidential elections during their final few months of the 2013-14 legislative session.

While much of the coverage focuses on the partisan consequences of the proposal, I would like to focus on the policies in themselves. After all, state legislators are trying to fix a problem in the Electoral College that the majority of Americans, both Democrats and Republicans, recognize. Here is a review of the recent debate in these states and policy options to reform the Electoral College.

The current Electoral College system is failing to reflect American voters nationwide. Candidates focus their campaign attention on a small handful of swing states, and ignore voters in states that lean solidly blue or red. Plus, the winner-take-all system for distributing electoral votes fails to represent the large portions of voters that support the losing candidate in their state - such as the Republicans who have consistently earned more than 40% of the vote in Michigan and Pennsylvania, but haven not won a single electoral vote there since 1988. Americans want an electoral system that gives a voice to more voters, regardless of where those voters live. The question that legislators in Pennsylvania, Michigan, and beyond have tried to answer, is: what is the best way to resolve these problems?

State legislators are currently considering several policy options. One policy option is to distribute electoral votes roughly proportionally to the candidates' respective shares of the statewide popular vote. In February 2013, Sen. Dominic Pileggi of Pennsylvania introduced legislation along these lines. Under Pileggi's plan, each candidate would win electoral votes based on her proportion of the statewide popular vote, and the candidate that wins the most votes statewide would win both Senatorial electoral votes. Political commentators have suggested that Pileggi's bill could resurface suddenly in the coming months.

Pennsylvania and Michigan are not alone. Wisconsin, Virginia, and Ohio have also weighed various reforms to their systems of distributing electoral votes, and Floridamay soon jump on the bandwagon. Clearly, people are frustrated, and the current system deserves reform.

The congressional district system, being considered by Republican state legislators in Michigan, is also problematic. As FairVote's soon-to-be-updated report from 2011, "Fuzzy Math: Wrong Way Reforms for Allocation Electoral College Votes," demonstrates, the congressional district system suffers from sources of error, which would make it more likely that a candidate could be elected president without receiving the most votes nationwide. The system is susceptible to political gerrymandering, which skews the political partisanship of districts. It suffers from the continued use of winner-take-all rules to determine how the two Senatorial electoral votes would be allocated. And perhaps most importantly, it continues to be a winner-take-all system, just on a district level. FairVote's recently released Monopoly Politics report reveals that three out of every four congressional districts is safe for one party. For residents living in districts that lean one way or another, their votes would continue not to matter.

States have the power to establish a national popular vote for president. Coming in the form of a binding agreement among states that enact it, the national popular vote plan is designed to guarantee that the president elect wins the most popular votes in all 50 states and the District of Columbia. Ten states and District have approved the plan, with a total of 165 electoral votes. Once passed in states with a majority of electoral votes (that is, at least 270), the agreement is activated for the next presidential election.

The national popular vote plan would increase the fairness of elections. All votes would have the potential to shape the outcome, and no voter would have unfair influence based on where she lives. Because candidates would have to appeal to voters nationwide, they would compete across the nation, not just in a few swing states.

We are not sure what is on the minds of Pennsylvania and Michigan legislators these days. Likely quite a bit. But if the changes to the Electoral College should cross their minds, we hope they will weigh their options fully and with a focus on the fairest proportion: one person, one vote.

A copy of this piece was published in the Huffington Post Blog online, November 11th, 2014.