2014: Six Months of Accomplishments for FairVote 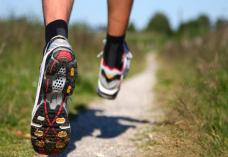 FairVote has made great strides advancing electoral reform in the past 22 years, and 2014 has already seen the organization build on this success. FairVote’s analyses continue to inform and promote sensible and crucial improvements to American elections, with recent reports on redistricting reform, the National Popular Vote plan, and fair representation voting. In the last six months, FairVote’s advocacy efforts have brought discussion of these reform ideas to the halls of Congress and to cities and campuses across the country.

As part of FairVote’s commitment to the National Popular Vote (NPV) interstate compact plan, FairVote recently issued a report on the role large metropolitan areas would play under NPV. While NPV’s critics assert that NPV would unfairly skew voting for Democrats, the report’s comprehensive analysis of the 2004 and 2008 presidential elections “confirms that the national popular vote has no inherent partisan bias.” Professor Rick Hasen of UC-Irvine School of Law featured the report on the widely-read Election Law Blog.

In February, FairVote published a sweeping report on the state of congressional districting in the South. The report showed that congressional districts in Louisiana, Alabama, Mississippi, Georgia, South Carolina, Tennessee, North Carolina, and Virginia are largely uncompetitive and leave both Democrats and African-Americans systematically disadvantaged. It then went on to demonstrate that districts drawn in a completely nonpartisan and blinded way can often be just as bad. By using data-driven analysis, the report concluded that the most effective way to combat districting disenfranchisement is through the use of fair representation voting methods. Since its publication, the report has turned heads in academia and the press. Notably, Professor John Sides of George Washington University featured the report on his popular Washington Post politics blog, the Monkey Cage.

FairVote advocates for the adoption of ranked choice voting (RCV) or instant runoff voting (IRV), and for good reason. According to an April 2014 FairVote report, presenting data gathered by the Eagleton Poll at Rutgers University in collaboration with Professors Carolina Tolbert (University of Iowa) and Todd Donovan (Western Washington University), cities that use ranked choice voting have more civil elections with less negative campaigning. Voters from these cities overwhelmingly reported that RCV was easy to understand and use. Because of RCV’s popularity in in Minneapolis and many other cities around the nation, FairVote will continue to advocate for its adoption in cities such as New York City and Washington, D.C.

FairVote’s advocacy efforts have fostered discussion of these and other reform ideas from the grassroots to the halls of Congress. FairVote’s Promote Our Vote project rallies support for an amendment to create an explicit right to vote in the U.S. constitution, and for concrete policy changes at all levels of government to ensure fair and equitable voting rights. In 2014, the work of the Promote our Vote project led to the introduction of resolutions in the Florida State legislature of calling for a federal right to vote amendment, strengthening the right to vote at the state level, and proposing the creation of a right to vote task force. Similar resolutions have been passed in cities and on campuses around the country, and now cover localities that are home to two million people.

On March 7, 2014, FairVote hosted a two-part congressional briefing on strengthening voting rights and fixing our broken congressional elections. Speakers, including FairVote executive director Rob Richie and board chair Krist Novoselic, discussed the importance of House Joint Resolution 44, an amendment that would create an explicit right to vote in the U.S. Constitution, and FairVote’s Monopoly Politics 2014 report, which analyzes the deep flaws with the system used to elect the U.S. House of Representatives and presents the fair representation voting solution.

Although the year is barely halfway through, FairVote has already accomplished quite a bit in the past six months. With a growing number intellectual leaders and policymakers recognizing the need for meaningful electoral reforms, FairVote is well positioned to make the second half of 2014 even more successful than the first.