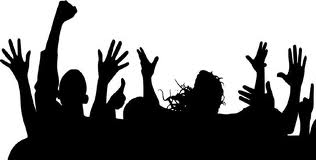 Upon reaching voting age, preregistered voters are automatically added to the voting rolls and, ideally, sent information about the mechanics of voting and the timing of the first election for which they are eligible. Evidence collected from states suggests this change will have limited or no fiscal impact, but have a direct impact on voter registration rates and participation when implemented effectively. It is part of FairVote's vision of "leave no voter behind," which includes our Learning Democracy curriculum.

What People are Saying About Preregistration

“[Florida and Hawaii] pre-register tens of thousands of eligible young people who remain on the voter rolls at rates comparable to the adult population. Pre-registration appears to have a modest positive stimulative effect on voter turnout.”
- Michael McDonald of George Mason University in 2009 report analyzing the effects of voter preregistration

“It's good politics. It's good government. It's just the thing we ought to be doing.”
- Kelda Helen Roys, Wisconsin State Representative, 2009

“Following the procedures described in the legislation, I believe we can maintain the security and integrity of our elections and provide additional access for young people to the voting process.”
-Gary Bartlett, Executive Director of the NC State Board of Elections, 2009

Voter preregistration seems to have a measurable impact on voter registration when certain actions are taken to reach out to young people. Here are successful elements of these states’ voter pre-registration programs.

The Low Cost of Voter Preregistration

In most states that have implemented voter preregistration, there has been almost no fiscal impact. Modifications to voter registration information technology systems are typically accomplished through internal staff time, managed within existing resources.

FairVote has gathered resources from legislators, election officials and the public that explain the case for youth voter preregistration, and inform our policy guide on the subject.

Policy Briefing: Advance Voter Registration in Rhode Island - Repeat voters tend to vote for a lifetime. The cumulative effect of pre-registration, combined with early voter education, could narrow the registration gap, and foster the culture of lifelong participation to which our democracy aspires.

There are lots of ways to encourage youth to become active members of their democracy, not just through voting, but also through civic education, working as poll workers, discussing electoral reform among their peers, and understanding their local, state, and federal elections.