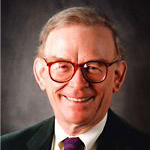 While director of FairVote's Presidential Election Reform program, now Chris Pearson had the chance to interview Neal Peirce. A leading political writer and long-time backer of abolishing the Electoral College and instituting a nationwide popular vote for president, Peirce wrote The Electoral College Primer with Lawrence Longley in 1996.  We are grateful to Mr. Peirce for his willingness to participate in this interview.


PEARSON: At FairVote one of our most important goals is to ensure the greatest number of voters can cast a meaningful vote. Our work on the Electoral College is founded on this goal because so much of the country is now completely blacked out of presidential campaigns. Even with two-thirds of the country left on the sidelines during an election there is little public discussion about doing away with the Electoral College. What do you think needs to happen before Americans get agitated on this issue?

PEIRCE: Prior to the 2000 election, I’d always assumed that the spectacle, in modern times, of one person winning the Electoral College vote while another won the most votes of Americans, would trigger a sort of political revolution for reform. It did not occur for a reason, probably predictable with hindsight: the winners were happy with the result and the losers were so angered by the seeming manipulation of vote counts and the Supreme Court’s unseemly intervention to select (in effect) the winner that they simply fulminated in anger. In a bitterly “red-blue” divided nation, the “reds” decided the current system had done them a favor and why change it, and the blues figured they were now in a minority and in no position to make a change anyway.

What needs to happen to agitate Americans enough to act? Actually, it came very close in 2004 – the “reds” getting the most popular votes, and the “blues” the most electoral votes. Then there would have been proof, undeniable, obvious, blatant – this system is irrational. It may seem to favor one political camp over another, but in the end it threatens everyone.

Looking forward, two former presidents, one a Republican and one a Democrat, publicly campaigning for change – might make reform succeed.


PEARSON: You were a key participant in efforts in the 1960s that came very close to undoing the Electoral College. Are their lessons from that effort about what might push this issue forward?

PEIRCE: Almost every political card seemed to be in place – and still the reform failed. Southerners were our biggest problem, but I fault in particular the liberals in the Senate who got snickered into believing “minorities” (i.e., African-Americans) gain some special voice from their vote in pivotal states, so that the system favors the American left. What faulty reasoning! The “minority” vote never wavers much. And the current system viciously disenfranchises millions of black Americans in states that now invariably go Republicans. As your new report shows, even greater shares of Latinos and Asian Americans are in states that don’t receive attention.

PEIRCE: I was shocked by the lack of debate. And the chattering class of pundits did us grave disservice. Some voices were raised for reform. But not many. More common were voices telling us to be happy even if the Electoral College had grossly misfired. “Our system of constitutional democracy worked well,” columnist George Will proclaimed. “Democracy is an approximation and the Electoral College is probably no more approximate than any other arrangement”, observed Slate editor Michael Kinsley, suggesting that with the outcome so close between George Bush and Al Gore, it was “a flip of the coin” anyway. Norman Ornstein of the American Enterprise Institute weighed in with an article proclaiming “No Need to Repeal the Electoral College” because “three (or four) crises out of more than 50 presidential elections is remarkably small,” and heaven forbid a direct vote and the “horrific nightmare” of a possible nationwide recount in a close contest, especially with lots of late-arriving absentee votes.

Such “insider” comfort may be one reason for the immense disillusionment of American people with our political system.

PEIRCE: It surely is more pernicious because of the frayed social fabric, the extremism in our politics, the willingness to savage one’s opposition.


PEARSON: Any more advice you would offer young supporters of direct election?

PEIRCE: They should be relentless in making the fundamental and enduring case: there is never a justification for counting any one person’s vote more than another’s. Forsake that principle, and one is on a slippery slope...away from democracy, toward illegitimate rule. In time, the argument of equality of us all as citizens will prevail.