For a full analysis of the 2008 election, read our Shrinking Battleground Report

So why a "national popular vote" plan for president and vice president? As shown in the below charts and images, candidates ad spending and campaign stops are made quite strategically. Candidates would rather strategically spread out their money in states they could win or sway, rather than waste it in pre-determined states. In this, the color of the state matters to the candidates, not your individual vote. 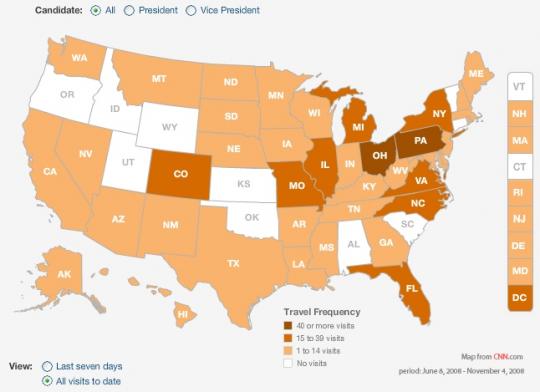 As seen in the above graphic, under the current Electoral College system, some states are completely ignored, while others get dozens of visits by each candidate. To play with the map, including setting it to show only the candidate, party, week, time period, etc., visit CNN.com's Election Center 2008: Election Tracker - Candidate Visits.

Map image above from CNN.com. 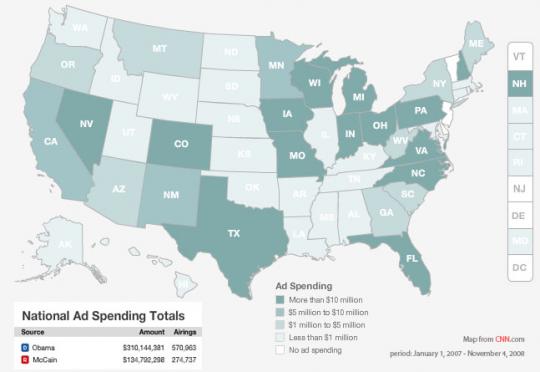