Fair representation voting has been used to elect public officials in the United States since the nineteenth century. Currently, voters use at-large ranked choice voting, cumulative voting, and the single vote or other forms of "limited voting" to elect city councils, school boards, and other local offices in over two-hundred United States jurisdictions.

The city of Cambridge, Massachusetts elects both its city council and school board by at-large ranked choice voting, a fact which has enabled greater representation of women and minorities while promoting voter satisfaction. On average, over 90% of voters in Cambridge actually helped elect a candidate they ranked 1st or 2nd. Cambridge is one of the two-dozen cities that adopted ranked choice voting at-large for city government in the first half of the 20th century and one of two using ranked choice voting in multi-winner elections in 2015.

The use of the single vote method, in which all voters have one potent vote but more than one person is elected, dates back to the nineteenth century. This ensures that each candidate will be elected by a distinct group of voters, so that more voters overall achieve representation. Since 1871, all counties in Pennsylvania (except some with home rule powers) must use a form of limited voting in which voters have two votes for three seats. Philadelphia has used limited voting since 1951 for its at-large city council seats. Connecticut requires limited voting for all local school board elections; Hartford and other Connecticut cities use it as well. Often, limited voting is paired with "limited nominations," meaning that a political party cannot nominate enough candidates to sweep the entire election. As of May 2015, 164 jurisdictions use limited or single vote methods of election.

More recently, many cities, counties, school boards and other governing bodies have extended cumulative voting rights to their voters or limited the number of seats a single group can elect as a way of resolving illegal vote dilution of their racial minority populations. Nation-wide, 58 jurisdictions utilize cumulative voting in local elections. These changes generally happen following a lawsuit (or threat of a lawsuit) brought under the Voting Rights Act. Fair representation voting effectively remedies racial minority vote dilution by empowering all groups of voters to achieve actual representation. Courts routinely uphold its use as a remedy in lawsuits brought under the Voting Rights Act. FairVote produces a booklet for practitioners to describe how fair representation voting can remedy vote dilution claims and under what circumstances they should be used. 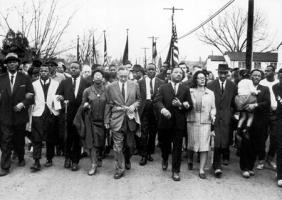 Perhaps no state is more closely associated with the Voting Rights Act than Alabama. Alabama's history includes the historic march of from Selma to Montgomery led by Dr. Martin Luther King, Jr. following the tragic events of Bloody Sunday, to the Supreme Court case that ended pre-clearance under Section 5 of the Voting Rights Act brought by Shelby County, Alabama. It is therefore fitting that Alabama also was home to a significant amount of voting rights innovation through the use of fair representation voting

Thanks to the efforts of activists like Jerome Gray, fair representation voting systems have been promoting minority representation in Alabama for almost 40 years. Mr. Gray has been a tireless promoter of fair representation systems as remedies for Voting Rights Act claims, and his personal experiences as an Alabama resident have often added to his activism. In 1982, Conecuh County, Mr. Gray’s home county, adopted a limited voting system as part of a settlement with the Department of Justice, becoming the first Alabama county to adopt a fair voting system. As a result, black representation on the county committee increased from 10 percent to over 40 percent.

Since then, more than 32 other jurisdictions in Alabama have adopted limited and cumulative voting systems, and there has been marked improvement in representation of women as well as minorities. The number of women elected to local office in these jurisdictions nearly doubled between 1987 and 1992, and by 1998 women were elected to a majority of the council seats in at least five Alabama municipalities using fair voting. To learn more about fair representation voting methods and how they work, go to our fair voting page. 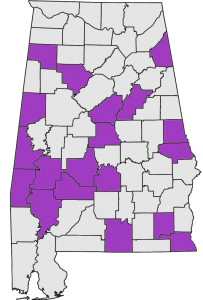 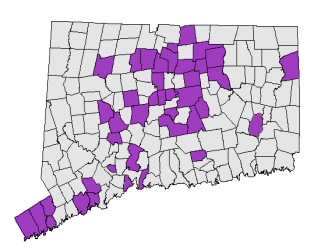 In 1959, under the Connecticut Minority Representation statute, a default limited nominations system was applied to all elected boards and commissions. Under this system, each political party can only hold a certain number of seats on any governing body. As described in a judicial decision finding Connecticut's statutory scheme to be constitutional, "[These statutes were] not meant to wrest power and control from the majority, but to assure intelligent decision-making." LoFrisco et al v. Schaffer, 341 F. Supp. 743, 750 (1972). 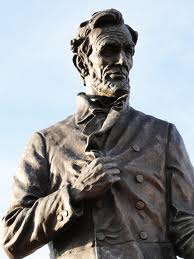 John Porter, former Republican Illinois Congressman and proponent of fair voting systems, stated that under cumulative voting he and his colleagues "operated in a less partisan environment because both parties represented the entire state.” Republican politician Tom Campbell became interested in other fair voting reforms because of his positive experience with cumulative voting in Illinois. In 2001, a bipartisan task force found that fair representation voting enhanced voter choice, improved representation, promoted independence of legislators from party leaders, and generated richer deliberation and statewide consensus. Unfortunately, fair voting for the Illinois house was repealed in 1980 as part of a campaign to reduce the number of seats in the state legislature.

Since its repeal, leaders from both major parties in Illinois have repeatedly called for its return. In 2001, Democrat Rep. Feigenholtz and Republican Rep. Winkel co-sponsored a measure for an amendment to the Illinois constitution that would divide the state into 39 districts, with 3 representatives elected in each district. A return to cumulative voting was also supported by then state senator Barack Obama, who introduced a bill to return fair representation voting to Illinois.

Cumulative voting continues in Peoria, Illinois which has elected five members at-large using cumulative voting since 1991. As a result, Peoria has had consistent African American representation on the city council since that time. The election of political newcomers Ryan Spain in 2007 and John Morris in 1999 showcased how the system encourages turnover in elections rather than continually electing incumbents to office. In fact, cumulative voting was so successful at fostering fair representation in the city that officials decided to continue using the system in 2011 when motions were made to change it. To learn more about cumulative voting and how it works, go to our fair voting page. 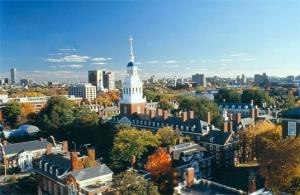 In the early to mid 20th century, some two-dozen cities in ten states adopted ranked choice voting in at-large elections in order to better reflect their voters and promote better governance. Although most repealed the system (largely due to anxieties regarding the election of minority candidates and changes in election machinery), the tradition continues in Cambridge, Massachusetts.

Ranked choice voting has been well-received by Cambridge voters. As civic activist Rob Winters put it: “Almost all voting Cambridge residents feel that the intent of our election method is a good one and that they find the act of voting to be simple and easy to understand.” Cambridge voters have rejected attempts to repeal the system on five separate occasions.

In 2006, the Department of Justice filed a complaint against the Village of Port Chester, alleging that its at-large elections were diluting the voting power of its Hispanic residents. Unlike many of its neighboring towns in the suburbs of New York City, the Village of Port Chester is majority-Hispanic. According to the 2010 census, almost 60 percent of Port Chester's residents identify as Hispanic or Latino while only 31 percent identify as white and only 7 percent as black. New York state, by contrast, is approximately 59 percent white, 18 percent Hispanic or Latino, and 16 percent black. Yet, as of 2006, Port Chester had never elected a Hispanic member to its governing body.

In response to the Department of Justice suit, Port Chester adopted a cumulative voting system in 2009. In doing so, Port Chester became the first New York community to use cumulative voting since the early 20th century. Shortly thereafter, in 2010, Port Chester elected its first-ever Hispanic member to its Board of Trustees. Today, the Board contains both Hispanic and black members. To learn more about fair representation voting methods and how they work, go to our fair voting page.

North Carolina is closely tied with the struggle for fair representation. The state has recently enacted some of the most restrictive voting laws in the country and is often in the voting rights spotlight. Voting Rights Act litigation continues to be one of the primary mechanisms to mitigate the discriminatory effects of North Carolina’s voting laws and ensuring that minorities have access to representation.

The primary reason for Philadelphia’s adoption of limited voting was to end partisan gridlock and single-party rule by Republicans. Since its implementation, Philadelphia has steadily elected more Democratic candidates, with Democrats currently holding 66 percent of the council’s at-large seats.

Limited voting is an extremely modest form of fair representation voting, but it can serve as a critical stepping stone to fairer methods. In 2004, Governor Ed Rendell formed the Election Reform Task Force to develop reforms for Pennsylvania’s elections. In its final report, the task force recommended that Pennsylvania adopt instant runoff voting or another fair representation method statewide. To learn more about fair voting methods and how they work, go to our fair voting page. Since then, both Wagner, South Dakota (2002) and Martin, South Dakota (2007) have implemented cumulative voting for local elections. Despite Native Americans making up more than 40% of the population of Wagner and Martin, each jurisdiction had elected less than 5 Native American candidates over the past 20 years. After the ACLU filed complaints, both towns adopted cumulative voting methods. As a result, Native American candidates have been consistently elected in both communities. To learn more about fair voting methods and how they work, go to our fair voting page. 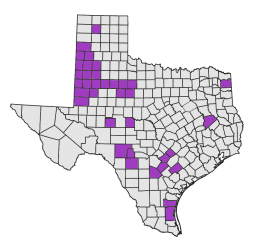 In 2000, Amarillo Independent School District in Amarillo, Texas, which is home to more than 190,000 people, adopted cumulative voting for its school board. Despite having a minority population of over 20 percent, Amarillo ISD had never elected a non-white school board member. Consequently, they became the subject of a Voting Rights Act lawsuit initially asking for election from districts with one majority-minority district. After adopting cumulative voting, however, Amarillo ISD elected both African American and Latina candidates to its school board, far exceeding the expected outcome of the lawsuit. In subsequent elections, minority candidates continued to succeed. Currently, almost fifty jurisdictions continue to use cumulative and limited voting to elect their school boards and city councils. To learn more about fair representation voting methods and how they work, go to our fair voting page.