A newsletter to keep you informed about all things election reform from FairVote. For more updates on FairVote’s work, visit our website and find us on Facebook and Twitter. Stay informed by signing up for more updates.

Have your donation matched in May! 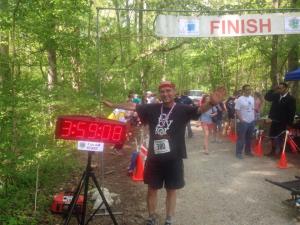 Our Executive Director Rob Richie became a marathon runner last Sunday when he completed the Potomac Marathon in just under four hours! To celebrate his achievement, FairVote Board members have pledged to match up to $26,200 in gifts to FairVote's First Million campaign through May 31st ($1000 for each mile). These funds will help us sustain new talent to forward our reform goals in 2014. Learn more and help us cross the finish line!

Can the Voting Rights Amendment Act  pass in time for November’s elections?

This week the Washington Post editorial board called on Congress to pass the Voting Rights Amendment Act (VRAA) before the November 2014 elections. The paper recommended House Judiciary Committee Chairman Bob Goodlatte (R-Va.) hold a hearing and “markup the bill before next recess.” It encouraged House Majority Leader Eric Cantor (R-Va.) to bring the VRAA to the floor. 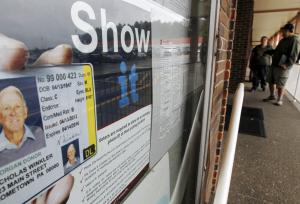 This development comes on the heels of courts in three states striking down voter ID laws as unconstitutional (see our short post on Arkansas’ ruling). Courts are looking to their state constitutions and ruling against restrictive voting policies when those constitutions include an explicit right to vote. However, the specific language of these laws varies greatly, often leaving their interpretation to the discretion of the courts. FairVote supports these recent rulings, and advocates an amendment to the U.S. Constitution that grants an explicit right to vote. Our Promote Our Vote project advances local action that includes practical steps to increase voter turnout in support of this national aspiration.

Low voter turnout plagues the 2014 primary season. Here’s what you can do!

Robust voter participation is an essential element of a healthy democracy. Without it, a small minority of citizens can control representation and exclude the majority. Different types of elections draw widely varying levels of voter interest, but dismal voter participation is a near certainty in primary elections. This is especially unfortunate because many of these races represent the decisive contest before an uncompetitive general election. The 2014 primary season is proving to be no exception, as demonstrated by turnout for the May 6th primaries in Indiana, North Carolina, and Ohio. While Indiana’s turnout is yet to be reported, it’s expected to come in at under 20%. North Carolina’s turnout floundered at 15.7% of registered voters, and in Ohio it was a mere 16.7%.

It's time to bolster turnout in primaries and ensure meaningful November elections. Luckily, there’s a lot that can be done! We back 17-year-old voting in primaries (if the voter will be 18 by the general election) because the earlier someone votes, the more likely they are to become a habitual voter. This policy is making waves in Chicago and around the nation. We also recommend a Top Four ranked choice voting primary (moving forward in Colorado) and fair representation for Congress.

Recent research funded by FairVote (courtesy of the Democracy Fund) suggests that ranked choice voting (RCV) is gaining favor among voters and candidates alike, who see it as a means of reducing divisive politics and fostering more positive, inclusive, and informative campaigns. Two surveys, conducted by The Eagleton Poll at Rutgers University  in collaboration with FairVote and professors Caroline Tolbert (University of Iowa) and Todd Donovan (Western Washington University), polled 2,400 likely voters and over 200 candidates in three cities with RCV and seven control cities in November 2013. Early analysis of this new data reaffirms RCV’s positive impact on voting and democracy. 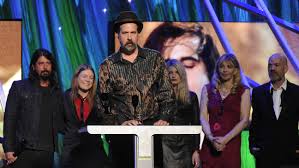 On April 11, hundreds of fans packed a club in New York City to celebrate the induction of FairVote chair Krist Novoselic and Nirvana into the Rock and Roll Hall of Fame. Attendees were also celebrating the possibility of winning ranked choice voting (also called instant runoff voting) for citywide elections in New York City this year. Co-hosted with Rock Paper Photo, the event was captured on video, including short clips of Krist (who tells a wonderful story about the Hall of Fame ceremony) and his fellow FairVote board members Tim Hayes and Hendrik Hertzberg. Don’t miss clips of our great local reform ally, Citizens Union, as well as a strong contingent of elected officials, including Manhattan borough president Gale Brewer and state assemblyman Brian Kavanagh.