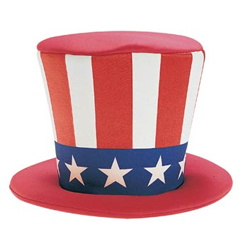 In 2010, I had a chance to cast my first vote. It was a memorable moment, a rite of passage into one of adulthood's most important roles: being a full citizen in our democracy. Unfortunately, as a nation we fail to embrace this moment in the same manner we celebrate graduating from high school or even getting a driver's license.

The result is that barely half of eligible voters under 25 are even registered to vote, and their rates of participation are far lower than older Americans. Non-voting can become habitual. In a comparative analysis of 25 democracies, political scientist Mark Franklin found that non-voting by potential first-time voters is the single biggest factor for international declines in voter turnout.

Maryland's April 3rd primary provides the latest opportunity to welcome newly eligible voters into the electorate. But if Virginia is an indication of how state governments and parties will treat this opportunity, we're in trouble. They not only weren't welcoming young people -- they actively made it difficult.

Before Virginia's deadline for voter registration, I called the state Board of Elections and the state Democratic and Republican Parties. All told me that no one under the age of 18 could vote in the primary, and insisted that there were no exceptions -- some with  smug certainty that would have cowed all but the most persistent young person.

But they were wrong. Further calls to local election officials in Alexandria and Charlottesville verified that any Virginia citizen who is 17-years-old and will be 18 at the next general election can register to vote and participate in the primary or subsequent special election.

Seventeen-year-old primary voting is allowed in 19 states, including Maryland. It's a sensible practice welcoming first-time voters by allowing them to influence who will be on the general election ballot. But if you're not told the right information, you're not going to participate. Election officials should be far more careful in what they tell people about their laws.

Eligible voters in Maryland, including 17-year-olds, have until March 13 to register to vote for their April 3rd primaries -- with choices not only for the presidential nomination, but for Congress and local offices. Indeed, in Maryland, any citizen of at least 16-years-old can register -- and automatically be added to the active voter rolls upon reaching voting age.

At the very least, elections and party officials should get their facts straight. Failing to familiarize themselves with voter registration and voter eligibility rules jeopardizes the future civic engagement of a whole generation of young Americans.

Today's young people will be tomorrow's leaders. They will be running for office, running civic associations and political parties. And they should be voters. The health of self-government depends on engagement of all of us. Let's be sure to make it as special as it truly is -- starting on April 3rd in Maryland.