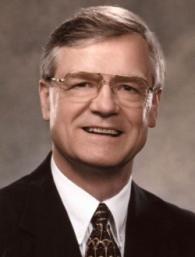 When my husband, Rob Richie, shared the news of the death of Common Cause president Bob Edgar with me this morning I felt a rush of shock and sadness. I met Bob in the fall of 1982 at an event in Media, Pennsylvania – when I was 18 and in my first semester at Swarthmore College. A number of us were active on campus on a range of issues and we found in Bob an eloquent and tenacious representative in Congress.

I soon began to volunteer in his district office, amidst tough fights on abortion rights and middle-east policy and later worked on his bid for the US Senate in 1986. During that campaign I had the honor to hear him speak truth to power many times a day for months on end. In between events and appearances he would educate me about immigration legislation and weapons systems and the complexities of government.

Over the ensuing 25 years I had the pleasure of hearing Bob speak in larger settings, at gatherings of Quakers and activists and political consultants. His message was always grounded deeply in his faith and in his passion for change.

During his tenure as president of Common Cause, our paths crossed again, this time as colleagues in the struggle to improve the very core of democracy. The issues he championed—including campaign finance reform, the filibuster and FairVote priorities like a national popular vote for president, universal voter registration and redistricting reform -- are all grounded in the profound understanding that every voice in a democracy is vital to its strength. Kathay Feng of California Common Cause today wrote that “one of the things Bob tried to teach all of us was to remember the humanity of each and every person.”

Bob Edgar’s lived his life as if in direct response to this admonition from Quaker founder George Fox in 1656:

“Be patterns, be examples in all countries, places, islands, nations wherever you come; that your carriage and life may preach among all sorts of people, and to them; then you will come to walk cheerfully over the world, answering that of God in everyone; whereby in them you may be a blessing, and make the witness of God in them to bless you.”

His tireless advocacy for peace, justice and democracy has opened many hearts and minds.