NY Post Should Reconsider Its Views on National Popular Vote 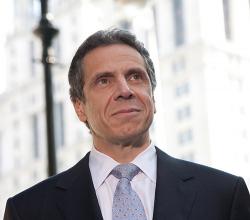 Following New York’s resounding passage of the National Popular Vote plan to reform the Electoral College, Seth Lipsky and the New York Post editorial team voiced concerns about this drive to ensure that the presidential candidate who receives the most popular votes in all 50 states always takes the White House. We are writing to correct inaccuracies we've come across in commentaries like these and explain why those across the political spectrum should embrace this reform.

The National Popular Vote plan is constitutional, nonpartisan, and better for all Americans than our current system. An interstate compact, it will guarantee the election of the candidate who wins the most popular votes in all 50 states and D.C. Today, states possessing 165 electoral votes have agreed to award all their electoral votes to the national popular vote winner once the number of electoral votes in participating states reaches 270. At that point, the compact will be activated, and in the following election every voter in every state will cast an equal vote for president.

We can be sure that voters will embrace the change. Polls consistently show majority support for a national popular vote among Democrats, Republicans, and independents. Every single poll on the proposal in 38 states since 2007 shows majority support.

Claims that Democrats would increase turnout in big cities and never lose are nonsense. Executive office elections are primarily referendums on incumbents, which explains why most presidential elections swing decisively toward one party and why Republicans can win gubernatorial elections in states with our biggest cities – including recently in Texas, California, Pennsylvania, Michigan, Arizona, Ohio, and Florida.

Rather than succumb to partisan paranoia, Newt Gingrich joins Howard Dean in supporting the National Popular Vote plan because they both want their parties be incentivized to campaign in every state in every election. That’s not what we see today. In 2012, more than 99% of general election ad spending was targeted at voters in only ten states. Barack Obama, Mitt Romney, and their running mates held a combined total of 149 campaign events in Ohio, Florida, and Virginia during the fall campaign, but none in New York, California, Texas, and 35 other states. Such bias distorts candidates’ platforms and even executive branch spending.

Our founders wanted every state to play a role in picking the president, but voters in the same 35 states have been ignored for three straight elections, just as they will be in 2016. The source of the problem is state winner-take-all laws, since once it’s clear who will win a state, it becomes utterly irrelevant to the campaigns. To correct Lipksy, state winner-take-all laws did not elect George Washington. The Electoral College is established by the Constitution, but states select their own method of awarding electoral votes. In 1789, only three states used winner-take-all. It was strongly opposed by James Madison and was not the norm for decades. States ultimately settled on winner-take-all to maximize support for one party rather than any noble reason.

The National Popular Vote plan earns support from many legislators precisely because it does not abolish the Electoral College. Rather, it represents the highest constitutional tradition of state lawmakers shouldering their responsibility to establish a system of presidential selection that works best for their state and the nation. Skeptics should give it a second look, and the rest of us should thank Gov. Cuomo and New York’s state legislature for advancing us one big step closer to a more truly representative republic.