Election Administration Under National Popular Vote: Simpler Than You Might Think 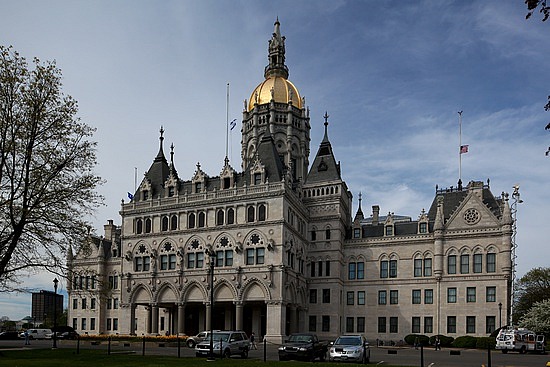 The National Popular Vote plan has been making great strides in state legislatures around the country. A few weeks ago, it passed the Oregon House of Representatives, and it is poised to pass other legislative chambers in the coming months, including in Connecticut, a state I had the privilege to call home for four years.

Unfortunately, there are still some misconceptions out there about what the bill does and what that would mean for presidential elections. A few of these misconceptions were recently expressed by Luther Weeks of Connecticut Voters Count, a Connecticut-based election integrity organization, in a comment made under an article about former presidential candidate Michael Dukakis’ recent visit to Connecticut to support the passage of the National Popular Vote there. Weeks' concerns center around questions of election administration under National Popular Vote, namely, whether there is an official national popular vote count based on which compacting states would be able select their electors, and how a recount might work under a national populate vote. He also worries that a lack of uniformity in state voting procedures could make the votes in some states count more than others.

His concerns are not unusual among skeptics of the National Popular Vote plan. Luckily, each question is easy to answer.

Luther Weeks was correct when he pointed out that there are no national recount or audit laws. Under the National Popular Vote plan, each state would be responsible for conducting recounts within their own borders, just as they are under the current system. Thus, under the National Popular Vote plan, if a presidential candidate desired a recount in every state, they would need to request one in every state, in accordance with each states’ individual recount procedures. In effect, recounts under the National Popular Vote plan would operate the same way that they do today, on a state-by-state basis. Of course, recount are extremely rare, and are also extremely unlikely to alter the outcome of an election. Between 2000 and 2012, of the 4,072 statewide elections that took place, only 22 resulted in a recount. Of those 22 elections, only three resulted in a different candidate winning than after the original count, and the average change in the outcome was a decrease in the margin of victory of 294 votes. Under a national popular vote, a recount would be highly unlikely, but if it were to occur, individual states would control how those recounts were conducted, just as they do under the current system.

For example, in 2000, a flip of 527 votes from George W. Bush to Al Gore in Florida would have made Gore president, while under a national popular vote, and a flip of 250,000 would have been necessary to change the outcome. In 2004, flipping 60,000 votes in Ohio would have made John Kerry, not George W. Bush, president, while nationwide, 1.5 million Bush supporters would have needed to vote for Kerry to alter the outcome. It is hard to imagine a national popular vote, in which about 130 million votes are cast, with margins as narrow as we saw in Florida in 2000 and Ohio in 2004.

Under National Popular Vote, every vote would be equal, unlike under our current winner-take-all system, when a vote in Ohio is far more likely to alter the result of the election than a vote in Connecticut, and is therefore valued far more highly by presidential candidates. It is true that states that suppress their voter turnout will contribute fewer votes to the national popular vote total than they could, and it is at the discretion of those states’ legislators to change their election rules to increase their share of the national popular vote by enfranchising more of their citizens. In this way, National Popular Vote promotes fairness in presidential elections, while our current system perpetuates an unacceptable inequality that must be changed.

Got any more questions? Email Andrea at alevien@fairvote.org. Also, you can find more detailed answers to these questions in Chapter 9 of the new edition of Every Vote Equal, available for free download at Every-vote-equal.com.