Why Settle? A Review of the Conference on "Creating the Voting Rights Act of 2012" 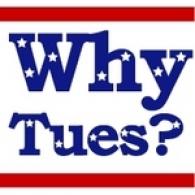 Why Tuesday? held its 2012 election campaign kickoff event on November 7th. The organization, which is famous for travelling the country asking political leaders why America votes on Tuesdays, hosted a program entitled “Creating the Voting Rights Act of 2012.” Why Tuesday? will have every 2012 presidential candidate explain what they would do to improve voter turnout in the United States.

The conference had four panelists who addressed current voting barriers, possible solutions to those barriers, and how voters, particularly young voters, can take action in urging political elites to get serious about electoral reform efforts that combat poor voter participation. The speakers were: Meghan McCain, daughter of 2008 Republican presidential nominee John McCain; Why Tuesday? Executive Director, Jacob Soboroff; Mimi Marziani, Counsel for the Brennan Center for Justice; and David Becker, Director of the Pew Center on the States Election Initiatives. The moderator was Why Tuesday? Board member Norm Ornstein of the American Enterprise Institute.

Mimi Marziani of the Brennan Center began by explaining that state legislatures have severely targeted voting rights today. To date, there are 21 new laws in 14 different states that have decreased the ease of voting. The Brennan Center’s report found that restrictions on acceptable forms of identification at the polls and reduced periods of early voting will likely affect up to five million students, racial minorities, poor, disabled and elderly Americans.

In Texas, for example, a law was recently passed declaring college or university IDs to be invalid forms of identification on Election Day. However, Texas does allow handgun licenses as an acceptable ID. Looking at the statistics provided by the Brennan Center, we find that African American students make up 17% of the university population in Texas. But only 7.5% of African Americans in the state of Texas have handgun licenses. This law puts students, especially those who are studying out-of-state, at a potential disadvantage in successfully casting their ballot on Election Day.

In Florida, a civics teacher who was helping her students register to vote (doing something FairVote has backed strongly in making use of the state’s new law-- one passed with bipartisan support- allowing 16-year-olds and 17-year-olds to “pre-register” to vote) now faces thousands of dollars in fines because she was not in compliance with Florida’s new election law. Florida’s new law on voter registration makes it harder for third party organizations to aid eligible citizens in registering to vote.

Those in favor of these restricting election laws say it is voter fraud that has driven them to make these changes. But opponents of these laws, like Norm Ornstein, explained that the claims being made about voter fraud at the polls is virtually non-existent.

Whether these new laws now seen as suppressing voter turnout are the product of political motives, or whether they are guided by a desire to protect the right that so many Americans hold dear, it is clear that modernizing voter registration is a better way to safeguard the right to vote. One out of every nine Americans moves each year, and that amount is double among young people. We live in a technologically advanced society, yet the question still remains, why are voter registration procedures still functioning within the confines of the 19th and 20th centuries?

The United States is just about the only major democracy that puts the burden of voter registration on the voters. If voter registration information is shared between states, updated by the states, managed online, and is operated on an opt-out basis rather than an opt-in basis, it would take away that burden put on voters. It would also reduce problems that arise when election officials receive waves of new forms due to a mobile society right before the deadline, and would eliminate the struggle of trying to read illegible handwriting on paper applications.

Solutions such as the Electronic Registration Information Center (ERIC) and state-run automatic registration when eligible citizens turn 18 years old will help alleviate some of the costs of voting. There are many brilliant ideas on how to fix our voting system that have surfaced from both electoral reform organizations and unaffiliated voters alike. But with a country in the midst of a debt crisis and an economy slow to bounce back, it is hard to get political leaders to see the importance in reforming the current electoral system. The ability to choose the few people who are tasked with making decisions on behalf of the many is important, and that selection process should not be looked at as insignificant by those leaders themselves.


Here’s how FairVote suggests you can get involved!

-If you are a student or know a student, have them take advantage of any poll worker opportunities in your community
- Voice your views on the importance of voter participation by using email, or through free social media outlets such as Facebook and Twitter
- Have discussions with those you know about why you are a voter, how meaningful it is to participate in choosing who represents and speaks for you in government
- Be ready to work for structural reforms to our electoral process. When we are in a position to cast meaningful votes in contested elections, we can expect voter turnout to rise.
-Show appreciation for your ability to vote by going to the polls on Election Day!

Stay tuned for FairVote doing a lot more to make it easier to get involved in these activities.