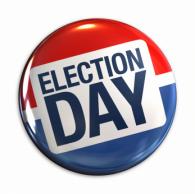 The Heritage Foundation held a conference on October 6 entitled, “The Constitution and the Right to Vote: Protecting Against Voter Fraud.” Expert panelists discussed issues regarding voter fraud in the U.S. and the increasing need for voter ID laws.

John Fund, author and columnist for the Wall Street Journal, began his speech by talking about the latest municipal election in Albuquerque, New Mexico on October 4. Albuquerque adopted a law requiring voters to show identification at their polling locations. Reported by KRQE News 13, Albuquerque voters showed up in high numbers to vote on Tuesday. Mr. Fund made the point that any beliefs about voter turnout being depressed as a result of voter ID laws are non-other than “dubious,” citing Albuquerque’s successful election as an example despite its voter ID law.

Fund is right that having voter ID laws don't prevent relatively high turnout, as was also true in states like Indiana and Georgia that had voter ID during the 2008 presidential elections. But KRQE News 13 was pointing out the reason voter turnout was so high was because Mayor R.J. Berry’s bond package was on the ballot. The plan to spend $25-million on a new sports complex during economic times where every dollar counts was not something that resonated well with many voters.

In addition to this anomaly in voter turnout, Albuquerque’s voter ID law was passed in 2005. The immediate effects of a law like this would be much harder to see six years after its implementation. It also doesn't change the fact that certain eligible voters may not have voted due to the law.

Turning to questions about voter fraud, Hans von Spakovsky, a Senior Legal Fellow for The Heritage Foundation’s Legal and Judicial Studies, used Wake County (NC) as an example of a location where three people voted twice in a recent election. What was not said about the three people, was information regarding their lack of knowledge concerning voting procedures. After telling a poll worker on Election Day that they had already voted once under North Carolina’s rules for early voting, they cast a second ballot to “make sure their vote counted.” In a county where 440,000 votes were cast in the 2008 presidential elections, three people violating the law in such an apparently non-malicious way is obviously not many.

This is not to dismiss in the least the importance of maintaining fair elections, but in the case of voter ID laws, having photo identification in this instance would not have kept these people from voting twice. It would have confirmed they were the person they said they were, matching the voter’s appearance with the picture on the card and providing an in-state address, doing nothing to provide a solution for what was a lack of voter education.

It is safe to say that the U.S. electoral system has its flaws. It is also clear that the Heritage Foundation favors voter identification laws as a way to reform the often inaccurate registration rolls. States do not have an effective method of sharing information across state borders to account for the abundance of mobility within the country and election boards increasingly go without the manpower necessary to run tip top elections. But, America already has the lowest turnout rates in comparison to other modernized democracies, and state governments already require voters to jump through many hoops in order to register and vote. If a voter ID law is to be pursued anyway, safeguards need to be built in that it doesn’t lead to eligible voters being denied their right to vote.

Other advocacy organizations have provided their own solutions to fixing inaccurate voter rolls. The Brennan Center believes one way to fix voter registration is to make it permanent, preventing voters from being taken off registration lists even if they move. The Pew Center on the States has already produced a program called the Electronic Registration Information Center (ERIC), where the responsibility of updating and getting voters on registration rolls will be left up to the states.

FairVote is open to many suggestions that will modernize voter registration in our support for full and accurate voter rolls. We are particularly interested in the idea of a national system grounded in every eligible voter automatically and efficiently receiving a "Democracy Passport." This would be a unique national government identifier that would systematically register every eligible citizen and update voter registration rolls.

FairVote also supports the establishment of a federal standard that all states must meet to make sure eligible citizens are registered to vote. Still, it will be left up to the voters to decide whether they will accept the solutions state governments believe will solve this problem, and it is the voters who will determine if they think it is right for them to take on the extra burdens of problems that are institutional in nature, an institution that is in dire need of reform.