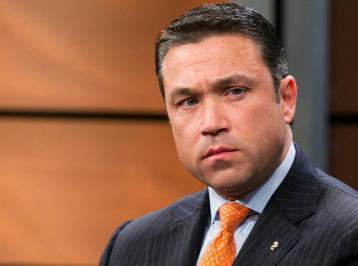 Mitt Romney received 435,000 votes in New York City in the 2012 presidential election. That’s more people than voted for Romney in West Virginia, Idaho, and five other states that he won. Contrary to popular conception, there are a lot of Republicans in NYC.

And yet, with the news last week that Staten Island congressman Michael Grimm was indicted on charges of tax evasion, Republicans are now at risk of losing their last seat in New York City. Grimm may yet survive – financial improprieties do not always torpedo incumbents’ campaigns – but the combination of this scandal, the fact that Grimm’s district leans Democratic, and his uncouth threat to a reporter back in January (“I’ll break you in half like a boy”) makes a defeat likely. Even if the GOP can somehow replace Grimm in time for New York’s primary (no easy feat, as the deadline for a challenger to get on the ballot has already passed), the seat is at best a toss-up this November.

If Democrats sweep all ten NYC districts in 2014, most observers won’t be too shocked. After all, about 80% of New Yorkers voted for Obama in 2012, and it’s obviously a very Democratic town. But is that outcome really fair? New York Republicans are a distinctive set of voters with interests that differ not only from New York Democrats but also from Republicans everywhere else in the country.

I know some of these New York City Republicans firsthand. They are not mythical creatures. They are a real group of voters numbering only slightly fewer than the Romney-voting population of Nebraska. And despite nearly half a million of them voting in 2012, they may end up with no representation in the House of Representatives come 2015.

The problem is our insistence on viewing elections from a “winner-take-all” standpoint. It’s easy to forget that the minority exists when 50% + 1 votes in a given geographic area wins all of the representation.

This isn’t just an issue for NYC Republicans. All over the U.S., voters and viewpoints are marginalized because they don’t make up the majority within arbitrary district lines. Statewide, New York Republicans were on the edge of congressional oblivion before the 2010 election, holding only two of 29 seats. In 2012, Barack Obama beat Romney in all but three districts even as Romney won 2.5 million votes statewide.

Of course, winner-take-all rules do Democrats no favors in much of the nation. Obama received 444,000 votes in Oklahoma, for instance: another group half a million strong without a representative of their party in the House. In fact, not a single Democrat holds a House seat in a string of nine states that includes Arkansas, Oklahoma, Kansas, Nebraska, the Dakotas, Montana, Wyoming and Idaho. That’s an entire region of the country under one-party rule.

Worse, the winner-take-all mentality is the core correctable cause of the polarized, “us vs. them” attitude that plagues contemporary American politics.

The good news is that winner-take-all rules can be changed by statute. If we used an electoral system that represents all voters fairly (for instance, the fair representation voting plans in multi-member districts proposed by FairVote), then NYC Republicans would be able to elect representatives to Congress in rough proportion to their share of the city’s population - probably two of the ten seats in most elections. Meanwhile, Democrats would pick up a couple seats in Oklahoma and Kansas.