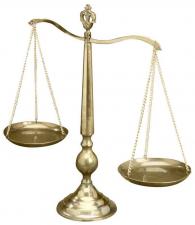 Introduction
The Voting Rights Act of 1965 (VRA) has been touted as one of the most powerful federal laws enhancing civil rights in American history. It has been amended several times, most recently in 2006. Those amendments extended voting rights protections under Section 5 of VRA, requiring states and localities covered by Section 5 to submit changes in law and practice to the Department of Justice or the District Court of the District of Columbia for “preclearance.” The preclearance process prevents changes that would weaken voting rights for racial minorities – sometimes directly, but far more often, the very fact that jurisdictions know they must present changes for review serves as a deterrent to jurisdictions seeking to implement potentially discriminatory practices.

For an excellent review of key legal cases involving Section 5, see Pavel Sternberg’s newly published FairVote report. But those challenges to Section 5 are far from over, as evidenced by new litigation, including the State of Alabama’s recent constitutional challenge to the preclearance requirement. This month, the D.C. district court struck down Shelby County, Alabama’s facial and as applied challenges to Section 5, finding that Section 5 was a valid remedy for discriminatory voting practices. Here is a review of the key issues in the Shelby County case.

Procedural History
In April 2010, plaintiff Shelby County, Alabama, brought an action against defendant Attorney General seeking a declaratory judgment that Section 5 of the VRA was facially unconstitutional, and also a permanent injunction to prevent the Attorney General from enforcing Section 5 against Shelby County. The D.C. district court denied the facial challenge to Section 5 of the VRA, finding that it was a “congruent and proportional” remedy to the extensive history of voting discrimination for which Section 5 was enacted. The court employed the standard of review set out in the Supreme Court case, City of Boerne v. Flores. Under this standard of congruent and proportional, the court found that it was necessary to look not only to the history of voting rights abuses, but also to the legislative record considered by Congress during the 2006 renewal of Section 5 in order to determine whether Section 5 was a congruent and proportional remedy to the problem. Finding that the congressional record clearly pointed to a need for a remedy, for which Section 5 was appropriate, the court upheld Section 5’s validity.

Analysis
The court reviewed the reasons for Section 5’s importance, noting that it was originally enacted in response to mostly southern states’ attempt to disenfranchise minority voters at the polls. The court also reviewed Section 5 as an important legal step forward for those disenfranchised under discriminatory practices; for under Section 5, the burden shifted from the victim having to come forward to bring suit, to the state to have to bring its practices to either the D.C. district court or the Attorney General for preclearance. Also the court noted that Section 5 was originally intended only as a temporary measure to be in place for five years. However, Section 5 has been renewed three times, most recently in 2006 – an indication that Congress considers voting discrimination a problem enough that Section 5 should remain and that sixteen states should be covered by its preclearance requirement. The states fully or partially covered under Section 5’s preclearance requirement include: Alabama, Alaska, Arizona, Georgia, Louisiana, Mississippi, South Carolina, Texas, Virginia, California, Florida, Michigan, New Hampshire, New York, North Carolina, and South Dakota.

After determining that City of Boerne v. Flores was the correct standard, the court entered into an analysis under the three prongs set out under City of Boerne v. Flores: 1) identifying the constitutional right the law seeks to protect; 2) determining whether there is a history and pattern of unconstitutional state conduct; and 3) assessing whether the legislation is congruent and proportional to that conduct. Traditionally, the court noted, that where the right at stake is a fundamental right, the Supreme Court has been more likely to find the legislation valid. See Nev. Dept. of Human Resources v. Hibbs, 538 U.S. 721 (2003); Tennessee v. Lane, 541 U.S. 509 (2004); cf. Bd. of Trustees of Univ. of Ala. V. Garrett, 531 U.S. 356 (2001); Kimbel v. Fla. Bd. of Regents, 528 U.S. 62 (2000). The court stated that the rights protected under the VRA were not only the right to vote, but also the right to be free from racial discrimination, both fundamental rights warranting heightened scrutiny. By analyzing the extensive legislative record, the court noted factors including: minority voter registration and turnout, the lack of minority elected officials, Section 5 enforcement suits, and Section 2 litigation. Thus, the court determined that the second prong was met because voting rights abuses were still a problem enough for Section 5’s continued existence. Finally, under the third prong, the court stated that Section 5 of the VRA was congruent and proportional as both a remedial and prophylactic measure to target the voting discrimination practices it was meant to solve. The court found that Section 5 was limited enough in its coverage to only the most serious offenders, and by also allowing for a “bailout” in certain circumstances.

In answer to Shelby County’s claim that Section 5 is unconstitutional because the preclearance requirement violates the 10th Amendment’s principle of “equal sovereignty”, the court simply reverted back to its reasoning that Section 5 was a congruent and proportional remedy for the historical and current voting rights abuses in the states in which it is implemented. The court stated that where laws differentiate based on geographical area, a state must be able to demonstrate that the law violates equal sovereignty by failing to have a sufficient relation to the problem it is meant to target. The court stated that since Section 5 has a sufficient relationship to the problem – voting discrimination – that it targets, and that the problem exists predominantly in the states originally covered under Section 5 and those continued to be added to Section 5’s preclearance coverage, that the 10th Amendment was not violated.

Therefore, under the court’s extensive analysis, the arguments brought forth by Shelby County were denied. Shelby County’s challenge to Section 5’s constitutionality on its face means that there would be no circumstances under which Section 5 could possibly be legitimate. The court’s findings that Section 5 is a congruent and proportionate remedy to voting rights abuses historically and currently in the United States means that Shelby County’s argument must fail. Thus, Section 5 remains valid.

Impact
Looking to the future, it seems likely that this case is a positive step forward for the preservation of Section 5. The D.C. district court laid out a thorough analysis of Section 5’s validity under the City of Boerne v. Flores standard, and found Section 5 to be valid. The Supreme Court has repeatedly used the congruent and proportional standard throughout its jurisprudence to uphold laws protecting insular minorities. Though the Supreme Court has not used the congruent and proportional standard to analyze Congress’ enforcement powers under the 15th Amendment, the D.C. district court soundly addressed the similarities between the 14th and 15th Amendments and the reasons for their identical treatment. The court in the instant case also noted that Section 5 of the VRA could alternatively be analyzed under the enforcement provisions of the 14th Amendment, as it was enacted, and as it continues to stand for the equal protection of minorities from voting discrimination.

It is noteworthy that Justice Thomas famously stated in Nw. Austin Mun. Util. Dist. No. One v. Holder, 129 S. Ct. 2504, 2519 (2009) (Nw. Austin II) (Thomas, J. concurring in judgment in part, dissenting in part) that “the lack of current evidence of intentional discrimination with respect to voting renders § 5 unconstitutional.” However, the Supreme Court has yet to overturn Section 5. Now, with a strong case upholding its continued existence, supported by an extensive list of evidence of voting discrimination – the very argument Justice Thomas used in his critique of Section 5 – the future of Section 5 looks bright.