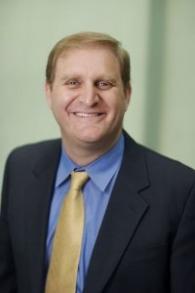 In September of 1999, Nathaniel Persily, then a staff attorney at the Brennan Center for Justice, gave nuanced testimony before the House Judiciary Subcommittee on the Constitution in support of the States' Choice of Voting Systems Act. Sponsored by Mel Watt (D-NC) and backed by the Department of Justice and other Members such as James Clyburn (D-SC) and Tom Campbell (R-CA), the Act would have lifted the single member district mandate Congress had imposed on the states in 1967. In Persily's words, the bill would have allowed "states to be 'laboratories of democracy'" and represented "what might be the most important piece of election-related legislation considered by this body in 25 years."

What drew backers like Watt, Clyburn, Campbell and the Department of Justice to the Act was the opportunity it provided states to adopt fair voting systems - that is, American forms of proportional representation in multi-seat districts. While Persily did not explicitly endorse fair voting in the testimony, he did note that fair voting tends to lead to "higher voter turnout, greater ideological and racial diversity represented in the legislature" and "a higher number of women representatives," and that any "apocalyptic forecast" of a destabilized political system "is both premature and easily avoided with the tweaking of the rules of any proportional system."

Unfortunately, the States' Choice of Voting Systems Act did not pass in 1999, nor have later versions of the bill. Persily is now an election law professor at Columbia University and one of the nation's foremost experts on redistricting. Like many top experts on redistricting, he has also been directly involved in several redistricting processes. Persily has been tasked by courts to draw legislative and congressional plans in Connecticut, Georgia, Maryland, and New York. He also has done innovative work with his students, having them draw congressional district plans for all 50 states in his Draw Congress project.

Today, Persily seems to accept the winner-take-all framework when addressing the issue of gerrymandering - a common question in the wake of the 2012 wrong-winner House election. In a recent interview with the New Jersey Star Ledger, for instance, Persily was asked "what's the fix" to our clearly broken redistricting process. His response: "the redistricting process in New Jersey isn't a bad system."

FairVote begs to differ. New Jersey's redistricting process, performed by a bipartisan commission, is only not a "bad system" relative to systems in which redistricting is completely in the control of partisan interests. By any other standard, New Jersey's redistricting process produced election results that left a lot to be desired. In 2012, for example, no House race was won by less than 9% of the vote. No women currently represent New Jersey in Congress. In a state in which President Barack Obama and Sen. Robert Menendez each won over 58% of the vote, Democrats don't control a majority of New Jersey's congressional delegation.

These issues persist because independent and bipartisan commissions alone will never solve the most fundamental and serious problems with our congressional elections. Such commissions are an improvement, but not a true solution.

Some of those who prescribe only independent redistricting as a fix for our congressional elections do so because they aren't even aware that a far more comprehensive reform - fair voting - even exists. But many, Persily included, do know about the significant potential benefits that fair voting could provide for American elections.

When asked how to reform the system, however, too many well-informed people like Persily don't mention fair voting. Why? The most common reason is likely that many reformers and election analysts do not believe that it is politically feasible to implement fair voting in the U.S.

This is, of course, a vicious cycle. If no one ever mentions fair voting as a serious alternative, then it seems infeasible. But if everyone who believes that fair voting would be a better system for electing our representatives spoke up in its support - or even put it forward as an option worth considering and spoke candidly about how limited any election reform can be within a single member district structure - suddenly fair voting would seem less like a far-off dream and more like an achievable reality.

Some scholars have already started doing just that. Last year, two luminaries of political science, Thomas Mann of the Brookings Institute and Norman Ornstein of the American Enterprise Institute, confronted the limitations of redistricting reform and suggested that it's time to look seriously at fair voting in their book It's Even Worse Than It Looks. But their voices and the few others who have joined them have not yet been enough to bring fair voting to the forefront of American politics.

Even with the silence on fair voting from most opinion leaders, Americans are nonetheless receptive to the idea of candidates receiving seats in proportion to their votes. In a recent poll of Californians, for instance, 48% of respondents expressed a favorable opinion of proportional representation with just 34% holding an unfavorable opinion. It's hard to identify another area of policy in which a policy option that has such broad expert and popular support is given so little credence as a viable reform.

We strongly encourage Mr. Persily other election experts to stop holding back on expressing support for fair voting, or at least putting it forward as an option worthy of serious consideration. We can set our sights on creating a few more "not bad" systems like that in New Jersey - or we can come together to back real reforms that would actually fulfill the promise of American democracy, by guaranteeing fair representation and a meaningful vote to every voter in every election.