Everything You Need to Know About Israeli Elections Before Election Day 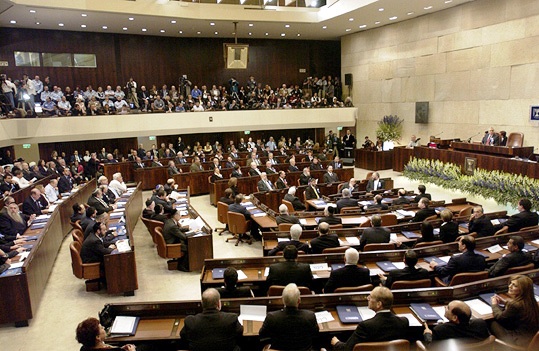 On January 22, 2013, Israel will hold its first parliamentary elections in nearly four years. Current Prime Minister Benjamin Netanyahu called for early elections in October 2012 in response to the Knesset's inability to pass a budget, in an effort to avoid a year-long political crisis before the next regularly scheduled election.

The results of the Israeli election are of interest to many Americans, as they will have significant ramifications for American foreign policy and the future of American interests in the Middle East. For backers of proportional representation in the United States, the election also provides an opportunity to explain how American reform proposals differ from the oft-criticized Israeli system - and that even in Israel, no one would seriously propose switching to winner-take-all election methods.

Understanding the Israeli electoral process is not easy when coming from an American perspective, however. That's because Israeli elections are nothing like American elections. The election in Israel this January will be different from the election held last November in the U.S. in almost every conceivable sense.

Here are the most important differences:

Within the legislature, the United States has two houses: an upper house, the Senate, and a lower house, the House of Representatives. Israel's parliament is unicameral; there is just one house for voters to elect, known as the Knesset.

Prime Minister Benjamin Netanyahu is a member of the legislature, and is elected through parliamentary elections. On January 22, Israelis will cast their ballots for who they want to represent them in parliament, not directly to remove or re-elect Netanyahu. When Netanyahu was first elected prime minister in the 1990s, Israel was experimenting with a direct election of the prime minister. But that system was ultimately rejected in favor of returning to a more traditional parliamentary system.

Both the United States and Israel have what can be described as a left-right political spectrum, but the issues that define the two spectra are different. The left and the right in the U.S. are currently defined primarily by economic and social issues, with the leftist Democrats supporting a larger role for government in economic issues and less restrictive social policies and the right-wing Republicans taking opposite stances. In the 2012 election, foreign policy and security policy were far from the center of political debate, and there was little discernible difference between the two major parties on those issues.

In Israel, which constantly faces the threat of renewed violence (and, in fact, recently emerged from another military conflict in Gaza), security policy and the question of Palestine are foremost in the minds of voters and thus are the issues from which the political spectrum is primarily derived. On the left are the doves, traditionally led by the Labor party, who are more willing to make concessions for peace. On the right are the hawks, including Prime Minister Netanyahu's Likud party and Avigdor Lieberman's Yisrael Beiteinu party (the two parties have merged into one list for the upcoming election), who are more interested in protecting Israel's national interests even at the cost of further military action. A centrist party, Kadima, won the most seats in the last election in 2009 but collapsed in 2012 and is unlikely to be a significant power in the next government.

There are other salient issues, of course - the small but politically active religious Orthodox community creates another dimension in the political spectrum, and recent economic problems in Israel have increased the importance of economic concerns for voters. These remain secondary to the security issue, however.

The United States has constitutionally mandated election terms and a statutorily defined congressional election date. The President is elected every four years and the House is elected every two years on the first Tuesday following the first Monday in November, with Senate seats elected every six years (a third being elected in each two-year cycle). Elected officials in the U.S. cannot call for early elections.

As the timing of the 2013 Israeli elections shows, that is not the case in Israel. The members of the Knesset are elected to four year terms, but elections are often called and governments dissolved before those four years end. While such a system is often seen as less stable than the American version, it provides the Israeli government with more flexibility to hold elections at convenient times so as to prevent long periods of ineffective government - as was the case with Prime Minister Netanyahu decision to call for elections last October.

The electoral system of Israel is, naturally, of particular interest to FairVote. Israel uses a national closed party list form of proportional representation to elect its government, in contrast to the winner-take-all, single-member district method used by the United States to elect its House of Representatives.

On January 22, Israelis will not cast their votes for specific members of the Knesset. Instead, they will vote for a party - or rather, for the list of candidates selected and ranked by that party to represent itself in the Knesset. The system is a closed list variant of proportional representation, meaning that voters will not be able to vote for their preferred candidates within the party lists on election day. Elections are held nationally - there are no smaller geographic districts, so all Israelis' votes are pooled together.

Israel has a threshold of just 2% for election to the Knesset, meaning that a party needs at least 2% of the nationwide vote to be represented in parliament. That threshold is one of the lowest in the world, and leads to a parliament that very accurately represents the votes of Israelis. The difference between that system and that of the U.S., where essentially only two political viewpoints are represented in Congress, is stark.

While FairVote supports forms of proportional representation for electing legislatures, the case of Israel illustrates the fact that any form of PR is not always a panacea for all electoral problems. There are many legitimate concerns to be raised with the current Israeli electoral system that point to ways that the system could be improved, although we would never support removing the proportional system entirely.

Firstly, the closed list method limits the ability of voters to choose who actually represents them in parliament, and creates a perception of an opaque process controlled by back-room deals among party leaders. Furthermore, the lack of any discrete geographic districts makes it harder for Israelis to feel like they have an elected representative who is accountable to them and understands the issues relevant to their area. The low threshold for election to the Knesset minimizes the distortion between party seats and party votes, but - especially when used in tandem with closed national lists - it also creates a situation in which many small parties hold a few seats, making it difficult for major parties to form a governing coalition.

Perhaps most significantly for secular Jews inside and outside of Israel, the combination of a parliamentary system, proportional representation, and Israel's unconventional left-right spectrum have given the Orthodox Jewish minority a disproportionate amount of power in the Knesset. Because both the doves and the hawks need the Orthodox parties in order to form a coalition with a majority of seats in the Knesset, the religious parties are able to win enormous concessions in exchange for their cooperation. In one controversial case, they secured passage of the Tal Law (later deemed unconstitutional by the High Court of Justice) that exempted young Orthodox students from otherwise-mandatory military service. The more secular parties in Israel could, of course, always choose to come together to oppose these concessions, but generally have chosen not to do so due to the dominant importance of security policy issues.

For all its faults, however, criticism of the Israeli electoral system has often been overblown. Israel has remarkable diversity, with citizens having emigrated from around the world and from a variety of cultural traditions. In a state in which it would have been all too easy to design an electoral system that marginalized inconvenient minority groups - from Arab Israelis, to the Ultra-Orthodox, to the large population of post-Soviet Union Russian immigrants - Israel's proportional electoral system has ensured that all of its disparate constituencies have a voice in government. That is a value that should not be understated, even if the January 22 election and its aftermath feel chaotic and unstable to American eyes.

For more information on Israeli elections, see FairVote's past analysis and Professor Matthew Shugart's work on Israel at Fruits and Votes.