Don't Let Ferguson Turnout Numbers Fool You. America, We Have a Problem. 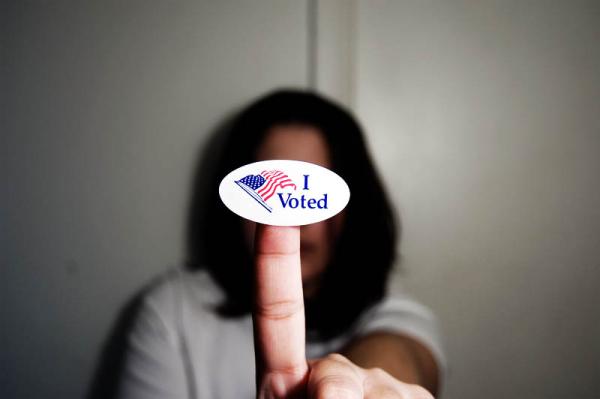 The national press has had a series of glowing reports about a sharp uptick in turnout in Ferguson (MO). But before we rush to make any sweeping conclusions, keep in mind that “argument by anecdote” is dangerously seductive.

To be sure, for those of us concerned about plunging voter turnout in our elections, particularly local and primary contests, it was encouraging to see Ferguson’s citizens respond to their city’s recent turmoil with a surge of participation in this week’s city council elections. Turnout more than doubled from the last city council elections in the same three wards in 2013, when 1,544 cast votes, to 3,886 voters in 2015. It also was far higher than the last contested mayoral race in 2011, when 2,265 voters cast ballots.

But much as our national media likes to extrapolate far too much from individual stories and even as this election has the promise to help Ferguson move toward racial healing, Tuesday’s elections show that we have profound problems involving voter participation – and no city will want to go through what Ferguson has experienced over the last year to increase its turnout.

Let’s start with Ferguson itself, where “high turnout” is all relative. In fact, less than three in ten registered voters in Ferguson participated -- meaning that even though each district was contested and that outside money was spent to mobilize participation, more than two out of three registered voters abstained, including more than four in five in the ward with the highest African American population. Compare that to Ferguson's presidential election turnout, such as in 2008 when turnout in the somewhat larger Ferguson township was well over 70% of registered voters.

Looking to St. Louis County as a whole, all the increased attention on local government that came with the Ferguson crisis had little impact on the turnout dial. As in much of the nation, elections for county office take place a time of year that catches most people by surprise. With municipalities across the county voting, take a look at turnout trends over the past dozen years of April elections, as reported by the St. Louis County’s elections office.

The pattern is obvious: turnout consistently is low, averaging barely one in seven registered voters. From our innovative analysis of the demographics of Ferguson turnout over time, it’s clear that those not participating are heavily younger and low-income – meaning local government simply doesn’t connect with them.

Turnout in other major city and state elections this week varied, but the overall trends are down over time. Consider a few examples

It’s easy to find such miserable turnout numbers. Indeed, as we’ve reported in examining turnout in mayoral elections it’s rare for stand-alone city election turnout to reach even Chicago’s 40% turnout among registered voter – and even that level of turnout is well under our congressional midterm turnout in 2014 that represented the lowest turnout in a midterm since the middle of World War II in 1942.

So no, the anecdotal story of Ferguson’s relative surge in turnout does not mean we are anywhere near a fix to our turnout problem. In the same way, the 2008 election of Barack Obama does not mean that voters now look past the race of candidates, when we currently have no African American governors and have elected only two African American governors since Reconstruction. Dave Wasserman was highly misleading to suggest in fivethirtyeight.com that the Top Two primary system in California and Washington regularly rewards moderation based on a single congressional election in Washington when, in fact, it was that the only statewide or congressional Top Two primary out of more than 50 in Washington to advance two candidates of the same party to the general election.

When it comes to participation, it’s time to lift our aspirations and settle for nothing less than turnout that reaches the 75%-plus, levels of turnout that we regularly see in many European nations. It’s going to take a mix of solutions – like civic education about government, better media coverage of government at work, fair voting electoral rules that put every voter consistently in elections where the participation matters, universal voter registration and a general commitment to full participation. There’s much that can be done immediately in local government, as FairVote’s Promote Our Vote project has shown.

So let’s cheer for Ferguson – but keep our eye on the bigger truth that our representative democracy is weakened when voter turnout is so low and so poorly reflective of our citizens.