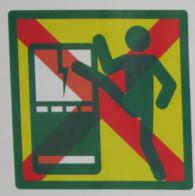 Admit it- while studying for a tough test or maybe after a long day at work, you once became so frustrated by the vending machine that took your crumpled dollar without dispensing chips that you gave the machine a kick. Maybe more than one bag of chips fell out, and you took both and went on your merry way. Maybe, you even figured out how to pull the dollar back from the machine at the last minute, getting your chips, but keeping your money too.

However, Maryland residents take note: up until 2007, you could have lost your right to vote in Maryland for such an act. Prior to 2007 in Maryland, a person could have been disenfranchised for committing a variety of “infamous crimes,” including the misdemeanor titled “unlawful operation of vending machines”. Other misdemeanors that they could have disenfranchised a citizen in Maryland included “misrepresentation of the weight of tobacco leafs” or “racing a horse under a false name”. It is unclear if the false name must be of the horse owner, rider or horse.

The law, which was changed in 2007, now only disenfranchises people in Maryland who are currently serving out a sentence for a felony, including probation.  (Hats off to state senator Jamie Raskin, a former FairVote board member, who took a lead role in improving the law.)

Unclear and bizarre voter disenfranchisement laws are not merely a product of Maryland legislature’s history. In Mississippi today, the state constitution reads anyone convicted of theft will be barred indefinitely from voting. While that seems very clear, it turns out there is no crime called theft in Mississippi. This has left the legislature in the uncomfortable position of having to determine, one crime at a time, what should fall into the broad category of theft. 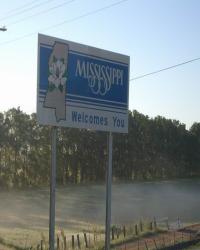 This confusing array of laws is bad enough in itself. It becomes worse when lack of understanding of these laws can contribute to prosecution for inadvertently violating a prohibition against voting. This is all too possible given how confusing  these laws can be within a state, let alone for the many people who move from state to state without checking what incidents in their younger days might disenfranchise them in their new state. Under the current hodge-podge of laws related to felon/misdemeanor disenfranchisement, even election officials and jailors don’t know who to help vote.

One such case involves a man in Polk County, Minnesota. Ken Mendez voted regularly – in 1998, 2002, 2004 and 2006. Mendez was proud of voting, so he took his son with him in 2008 to watch him obtain an absentee ballot. However, he was denied an absentee ballot, because he was currently on probation. Mendez demanded a ballot, explaining had voted in 2006, while also on probation for the same crime, and in jail. The situation then became more complicated. 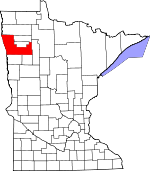 In 2006, even though he should not have been allowed to vote under current Minnesota law, Mendez was given an absentee ballot by jail officials after having requested the Board of Elections to send one to his jail address. When asking for a pencil to vote, he was given one by a jail official. The official then even stamped and mailed the ballot for Mendez. Since this was an act of voting by a felon on probation, when Mendez told the Board of Election official in 2008 about his 2006 voting, he was charged with a felony.

Mendez was found not guilty of felonious voting. After a lengthy 17 page discussion of the court’s reasoning, the case boiled down to whether or not Mendez knew he wasn’t allowed to vote. It was ruled he did not meet the “knowingly” element of the crime, and therefore the prosecutor could not meet his burden of proving all elements for which Mendez was charged.

What these bizarre cases and wacky laws prove is that even those tasked with helping us vote are unsure of the differing laws surrounding disenfranchisement, due to their unclear and arbitrary nature. Not only does this illustrate the needs for stronger civic education among Americas and better training for elections officials, but it also shows how felon disenfranchisement just doesn’t make any sense.

How can the same person, commit the same crime, in two different states, but have two different rights and abilities depending on where he or she lived? How can a person be voting in one state, then move into another state and lose voting rights?

How can a person face up to 5 years in jail for voting while in jail, if the jailors help him obtain an absentee ballot from the Board of Elections while in prison?

Such contradictory and ridiculous laws create a system that can only leads to inconsistent and biased application. This patchwork of misunderstood policies is creating a real situation where Americans have varying levels of rights dependant not on their actions and desire to participate in government, but instead on their home address and honesty.

Felon disenfranchisement laws should not be allowed, because they are a gross violation of the right to vote that should be extended to every American citizen. That’s right- “should be”: We still need an affirmative right to vote in the Constitution, establishing the right to vote on an equal basis with free speech and other core democratic rights.

After all, a law that is unenforceable at a level that is unbiased and consistent shouldn’t be a law at all.