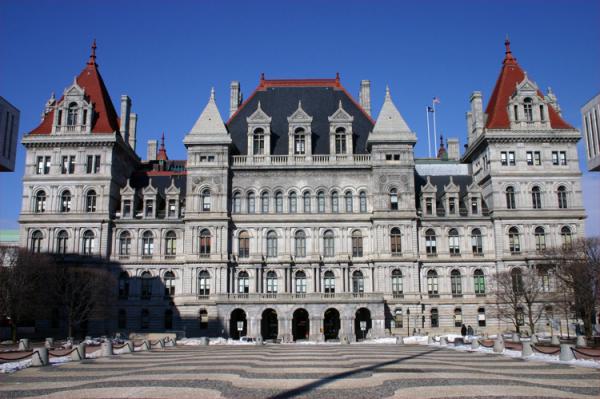 The National Popular Vote interstate compact (NPV) is the single most promising reform effort to change how we vote for president. NPV, using the constitutional power of states over the allocation of their electoral votes, would guarantee the election of the presidential candidate who wins the most popular votes in all 50 states and the District of Columbia (that is, every jurisdiction with electoral votes). Nine states and the District have passed NPV into law. Once NPV is enacted in states representing a majority of electoral votes, the national popular vote winner will earn all the electoral votes from states participating in the compact and therefore become the next president. Every vote will be meaningful in every presidential election and we’ll never again see a popular vote loser become president.

NPV is having a great year. The highlight was on March 25th, when both chambers of the New York State Legislature passed NPV by wide margins -- including majorities of both Democrats and Republicans in each chamber. In the Assembly, the vote was 102 to 33. The Senate vote was an astounding 57-4: 30 Democrats and 27 Republicans voted in favor of NPV and only two Democrats and two Republicans opposed it. As Republican Assemblywoman Nicole Malliotakis explained in referencing two influential political parties on the left and right of New York State politics, the vote was “one of the rare occasions when we see the Conservative Party and Working Families Party agree.”

If Gov. Cuomo signs the NPV bill, New York will become the 11th jurisdiction to join the compact. He has good reason to act, given the resounding legislative vote and calls for him to do so from influential entities like the New York Times. New York’s entry into the compact would add 29 electoral votes to the 136 already bound to the compact – for a total of 165 electoral votes, or 61% of the 270 necessary for the compact to be activated in time for the next presidential election.

New York’s bipartisan support for NPV is grounded in this understanding. Many Republican state legislators are not prepared to support a constitutional amendment to cede state power over electoral votes, but want a fair national popular vote for president that does away with all the weird partisan biases and campaign strategies associated with winner-take-all rules.

It’s no surprise that Republicans in both New York and Oklahoma were so supportive of National Popular Vote. Under the current system, in which most states award their electoral votes on a winner-take-all basis, presidential candidates are incentivized to campaign only in the states in which the outcome is not certain. Since New York is heavily Democratic and Oklahoma is heavily Republican, presidential candidates have no reason to devote even a dime to voters within their borders except to solicit campaign donations to be spent on voters elsewhere. The states’ voters, both Democrats and Republicans, are completely ignored. Worse, as Brookings Institute scholar John Hudak has found, safe states get fewer federal grants per capita than swing states.

As we explain in our 2013 article published in Presidential Studies Quarterly (to be available publicly on our website next month) and Every Vote Equal (the definitive book on reforming the Electoral College with NPV, coauthored by Rob Richie), NPV would particularly help New York, Oklahoma and the 33 other states that consistently receive less than one percent of the presidential candidate attention warranted by their voting population. Such a “spectator states” have zero political power in presidential elections, whether they be big or small, Democratic or Republican, coastal or heartland.

Swing state voters also want a fair presidential election, not a distorted one. This was demonstrated by a series of polls conducted by the National Popular Vote organization: voters in state after state want the White House to go to the candidate who wins the most popular votes, not the second or third-place finisher.

The fact that NPV doesn’t abolish the Electoral College can puzzle some people. But, following in the grand tradition of compromise in American politics, NPV earns bipartisan support precisely because it accomplishes a policy goal that majorities of voters in both parties want without changing the Constitution.

Stay tuned for more NPV wins and find out how you can ask your state legislators to act at FairVote and National Popular Vote.