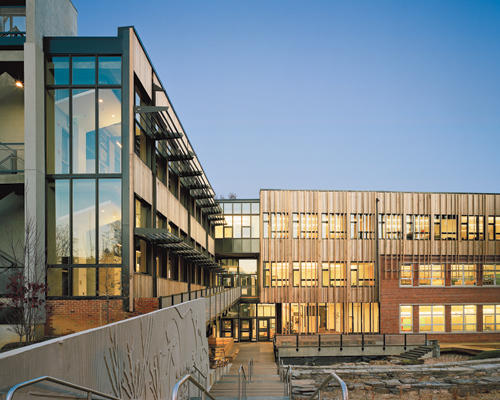 When we think about the skeptical views many Americans have about our government and our elected leaders in Washington, we can't help but wonder whether these problems start developing at a younger age - specifically with student government and the power (or lack of it) in most schools.

The fact is that the civics lessons students learn in schools have an impact on how they view government when they are older. Students' civics experiences or lack of experiences starting from elementary school all the way through college can shape the way they view our politics today. I'll use my own experience as an example.

As a member of student government in my junior and senior year in high school, I faced the same problems that many students across this country face. I can't tell you how many times I've heard students say, "Student government doesn't do anything" or "Oh, student government? They are a joke." I cringe every time I hear statements like these because I know that 10 or 20 years down the line, these individuals will be thinking the same thing about our government.

The problem doesn't seem to be the process of electing student leaders - although elections on campus do provide a chance for innovation -- but rather it seems that these student government groups do not get the respect they deserve within their establishments. Some schools even use alternative voting systems, like approval voting or rank choice voting, that are more representative, but full representation won't make a difference if the students don't think student government has legitimacy or influence in the community.

Students are very smart and perceptive. When they observe that student government lacks authority or power, they are less likely to listen or express their thoughts, as it would just be a waste of time. Our student government meetings in school were open to the public, but over the two years I served as a member, there were at most four meetings where a student came to discuss something.

This lack of participation was very disappointing because, after all, the entire point of having a student government is to represent the voice of the students. I believe this goes all the way back to the perception of student government as a meaningless body.

Even when the administration gave us some minor power in the community, it was largely watered down. They gave us the authority to allocate funds to different clubs after these clubs made a proposal, but actually, student government was supposed to make a proposal to that administration about the proposal that the club made. Not only does this policy water down the role of student government to a middleman, it's also simply ineffective. Then why wouldn't the clubs just make a direct proposal to the administration?

Ultimately, student government will serve its purpose of being advocates of change sought by the student body. But most importantly, as students become adults, these habits of engagement would translate into participation within their communities.