As part of a broader project funded by the Democracy Fund, the Eagleton Poll at Rutgers University has conducted two polls—one in 2013 and another in 2014—that explore the impact of RCV on city elections in the United States. Each poll surveyed a random sample of more than 2,400 likely voters, the great majority of whom had voted in their local election that year. The surveys were conducted in English and Spanish and on cell and landline telephones.

The latest report explores the socioeconomic and demographic dynamics of support for and experience with RCV in the California Bay Area in November  2014. Likely voters in 11 California cities were polled: four cities holding RCV elections (Berkeley, Oakland, San Francisco and San Leandro), and 7 control cities with demographics and social structures comparable to a surveyed RCV city.  Key findings are summarized below. 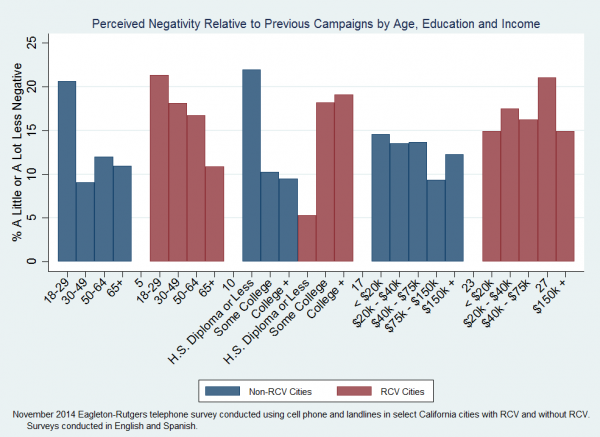 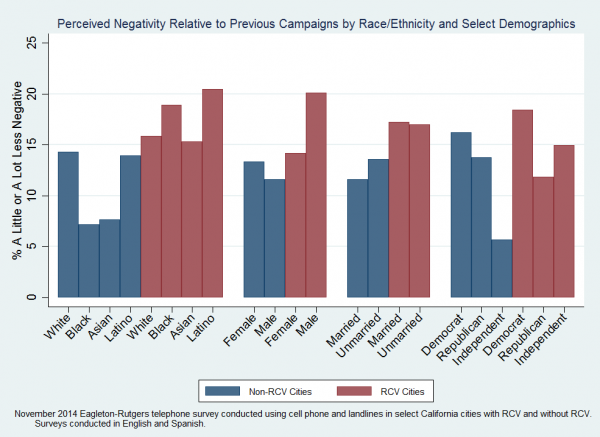 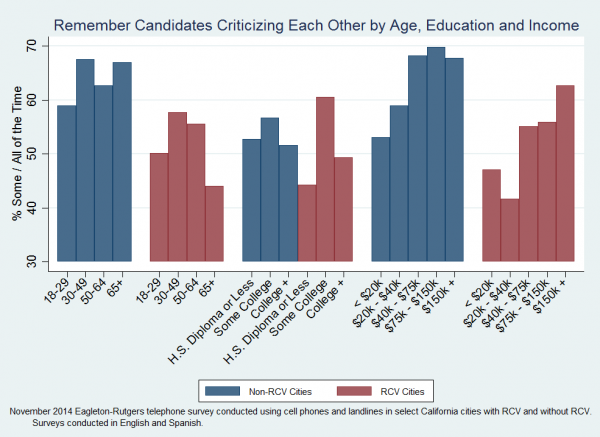 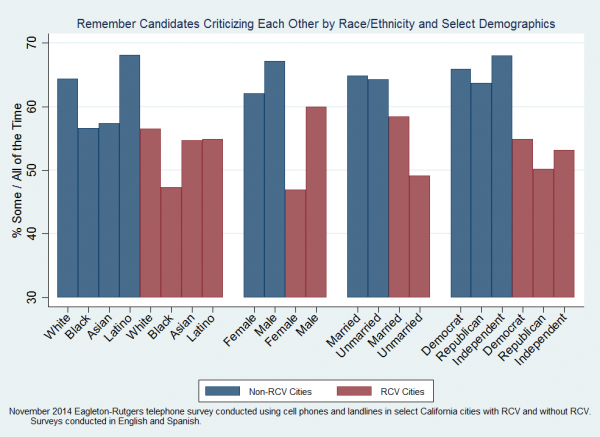 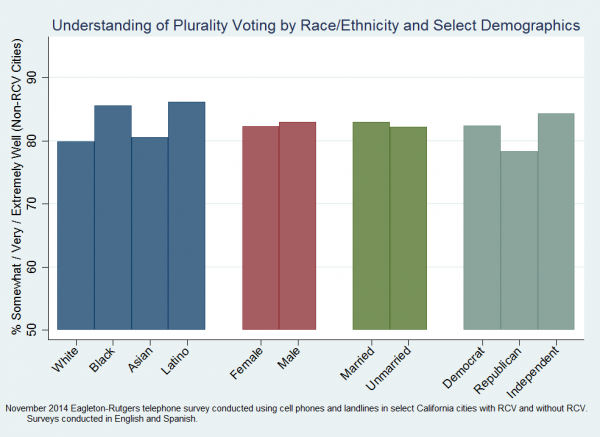 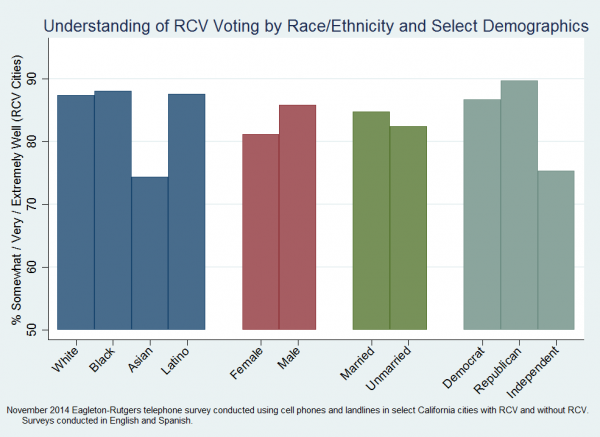 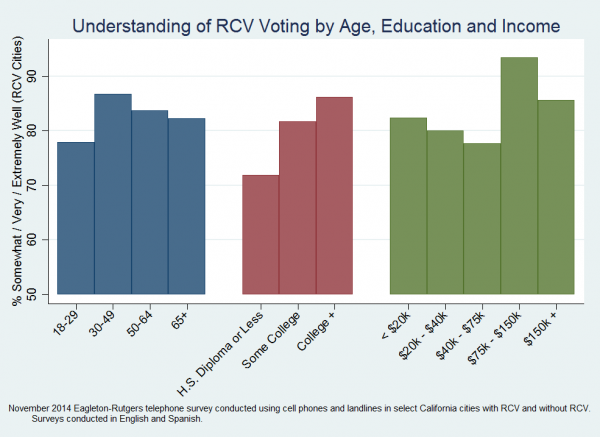 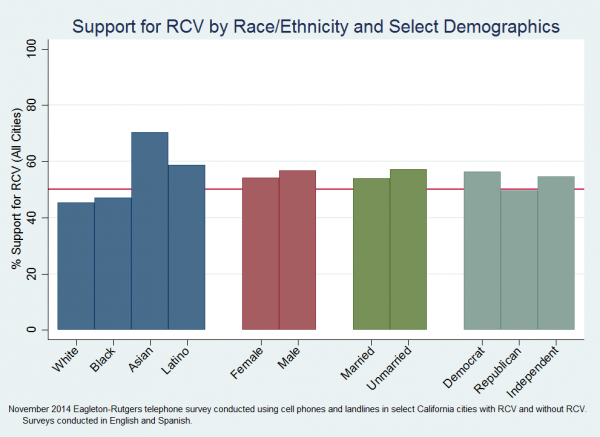 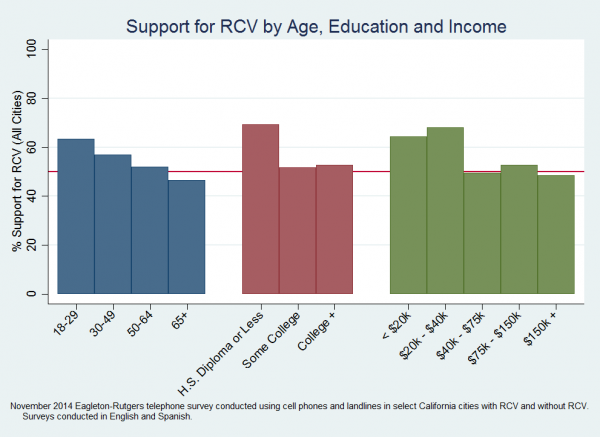 The findings of this 2014 study into voter perceptions of, and experiences with, RCV in local elections in California closely line up with the results from the 2013 study, also developed by Drs. Caroline J. Tolbert and Todd Donovan and conducted by the Eagleton Poll, in Midwest and East coast cities.

The full report can be downloaded here.

This report is the fourth in the Ranked Choice Voting Civility Project Research Report series. Other reports in this series include: