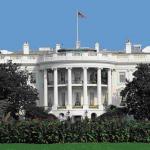 Five years ago, on Feb. 23, 2006, FairVote's Rob Richie and John Anderson joined other founders of the National Popular Vote plan for presidential elections for a National Press Club news conference announcing the proposal. Since then, six states (and Washington, D.C) have adopted the plan, nearly a third of state legislative chambers have passed it and more than 2,000 state legislators have backed in their states.

This week marked more advances, including: